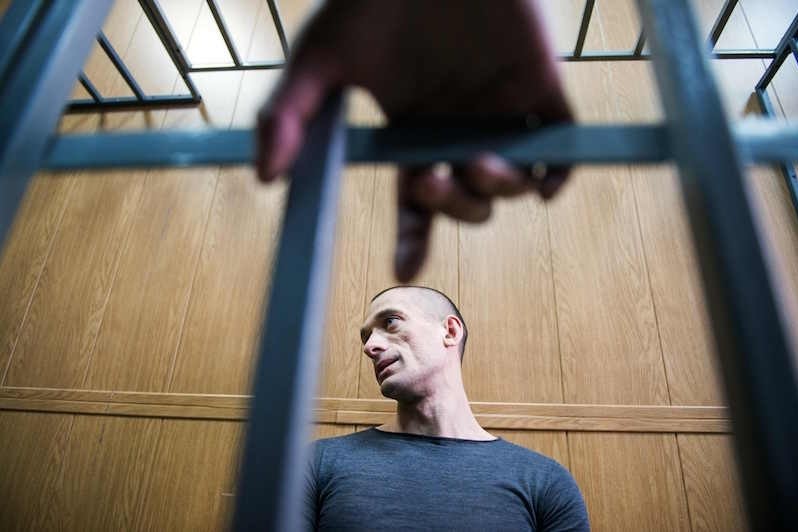 A judge convicted Pavlensky over the protest in which he set fire to tyres on a bridge in Saint Petersburg and sentenced him to a 16-month non-custodial sentence, RIA Novosti state news agency reported from Moscow's Preobrazhensky district court.

The punishment was then immediately lifted due to the statue of limitations running out in the trial, which has suffered repeated delays.

Pavlensky is already being held in a Moscow jail as he is simultaneously being tried for setting fire to the door of the headquarters of the FSB security service, the successor to the KGB, in another protest.

While the latest court decision will not change Pavlensky's immediate situation, it means that he is now convicted of a criminal offence.

The judge said the artist, who is best known for nailing his scrotum to the cobblestones of Red Square in 2013, "cynically broke the norms of morals and ethics."

The 32-year-old artist poured petrol on a door of the looming FSB headquarters on Moscow's Lubyanka square in a November performance called Threat, which he said protested against the security services's total control and rule of terror.

Russia has charged him with damaging a cultural heritage site -- with prosecutors citing the fact that significant historical figures were incarcerated in the building.

In previous radical performances to protest against the authorities, Pavlensky has sewn his lips together and cut off part of his ear.

While awaiting trial in the latest case he spent a month in a Moscow psychiatric hospital having his sanity tested, with doctors finding he was mentally capable.

This week the gaunt artist said that guards taking him from a court hearing to prison had beaten him, cracking his rib.

At the first full hearing of the trial for torching the FSB door on Wednesday he refused to testify, insisting he wants to be tried for terrorism.

He cited the case of Ukrainian film maker Oleg Sentsov was convicted of terrorism last year for arson attacks on pro-Kremlin party offices in Russian-annexed Crimea.