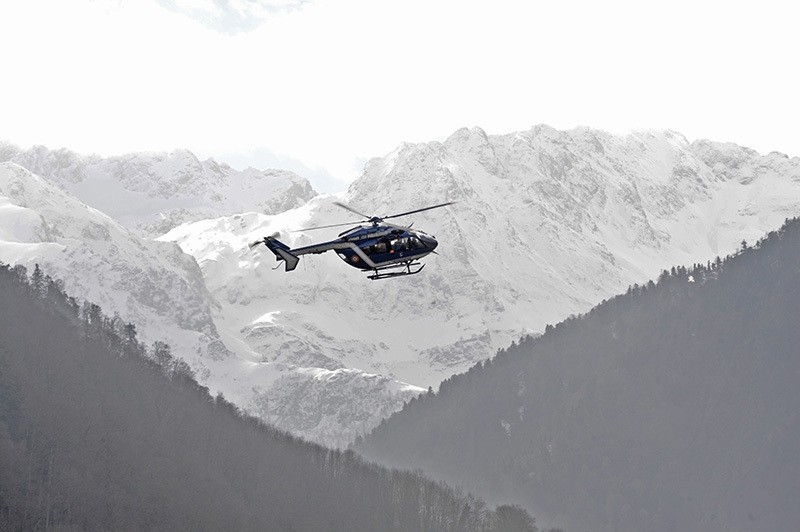 This file photo taken on February 23, 2016 shows members of the high mountain gendarmerie squad (PGHM) arriving by helicopter to airlift an injured person during an exercise in Bagneres-de-Luchon, southwestern France. (AFP Photo)
by May 20, 2016 12:00 am
A military police helicopter crashed in south-western France on Friday, killing four gendarmes on board, local authorities and the national military police said.

The accident occurred during an exercise, the National Gendarmerie, a military police unit, said. Interior Minister Bernard Cazeneuve said in a statement that the training had taken place at Vignemale, one of the highest peaks in the French Pyrenees along the border with Spain.

During the training, the helicopter that they were on board crashed, Cazeneuve said. He added that the circumstances of the crash remain unclear.

A crisis cell was set up following the crash, local authorities for the mountainous Hautes-Pyrenees region said on their Twitter account. Cazeneuve said he would travel to the area Friday evening.

"I express my emotion after this tragic accident. I address my condolences to the families and those close to the victims, and testify to the solidarity of the nation in these painful circumstances," President Francois Hollande said in a statement.
Last Update: May 20, 2016 4:32 pm
RELATED TOPICS