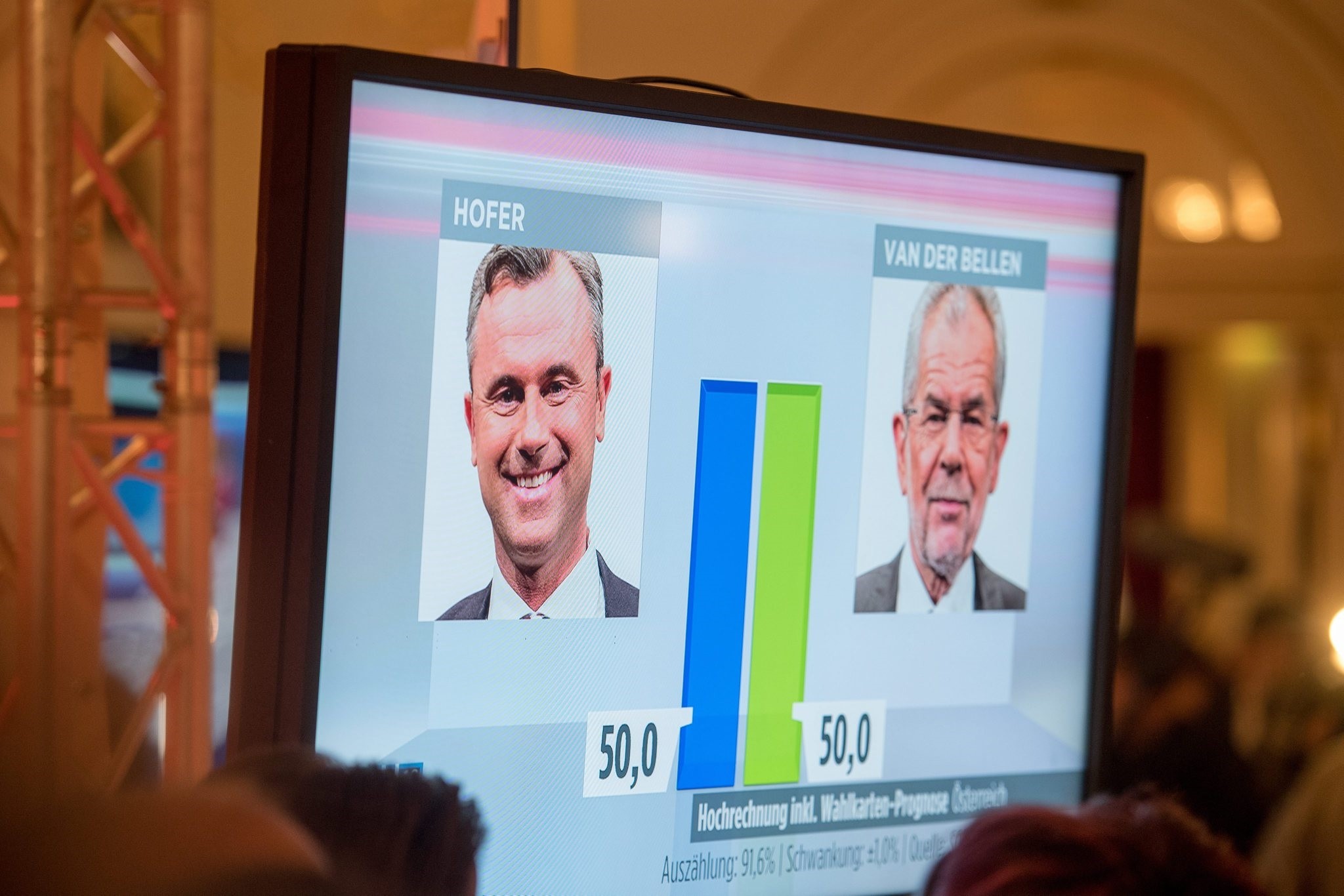 The two candidates in Austria's presidential election runoff are exactly neck-and-neck, according to projections after almost all of the ballots cast Sunday had been counted.

The final result will depend on the large number of postal votes -- almost 900,000, a record 14 percent of Austria's 6.4 million eligible voters -- which will not all be counted until Monday.

With 99.5 percent of votes placed on Sunday, Norbert Hofer from the far-right Freedom Party (FPOe) was on 51.9 percent and Alexander van der Bellen, former head of the Green Party, on 48.1 percent.

But taking into account the postal votes, public television projected that both candidates were exactly level on 50 percent.

A huge influx of asylum-seekers, rising unemployment and frozen reforms has driven voters away from the two centrist parties that have dominated Austrian politics since 1945.

They have been forced to watch the battle between Hofer and van der Bellen from the sidelines after their candidates failed to make it through a first round for the largely ceremonial post of president.