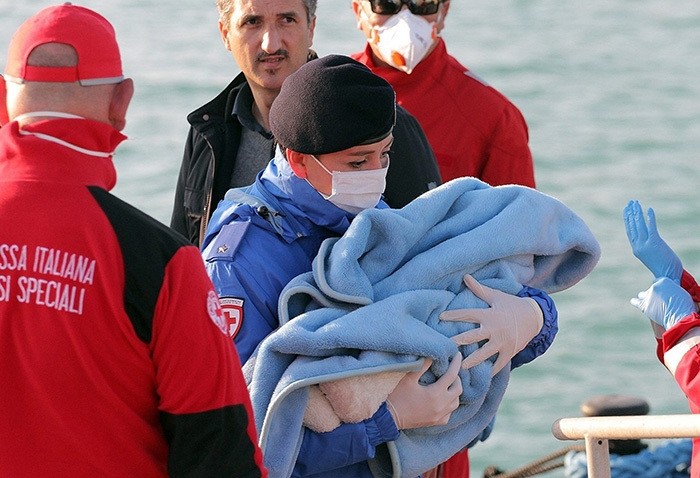 by Compiled from Wire Services May 26, 2016 12:00 am
A refugee boat capsized in the Mediterranean on Thursday, an Italian coastguard spokesman said, and the number of possible dead is unknown while 88 have been rescued from what was probably a wooden fishing vessel.

Nicastro said 88 people had been rescued from the capsized wooden boat. He said he didn't have any information about whether any bodies were recovered or how big the boat was.

It is one of about 20 search-and-rescue operations underway Thursday. Nicastro said of the eight operations concluded, some 1,000 migrants have been rescued.

The Libyan coast guard also reported finding four bodies as well as also two empty boats, suggesting there could be many more victims in the Mediterranean as smugglers working in the lawlessness of Libya took advantage of calm seas and warm weather to pack would-be refugees into unseaworthy boats for the trip to Europe.

It is the second shipwreck in two days, after five were confirmed to have died when a large fishing boat flipped over in the sea on Wednesday.
Last Update: May 26, 2016 5:15 pm
RELATED TOPICS