Building for refugees set on fire in arson attack in Austria 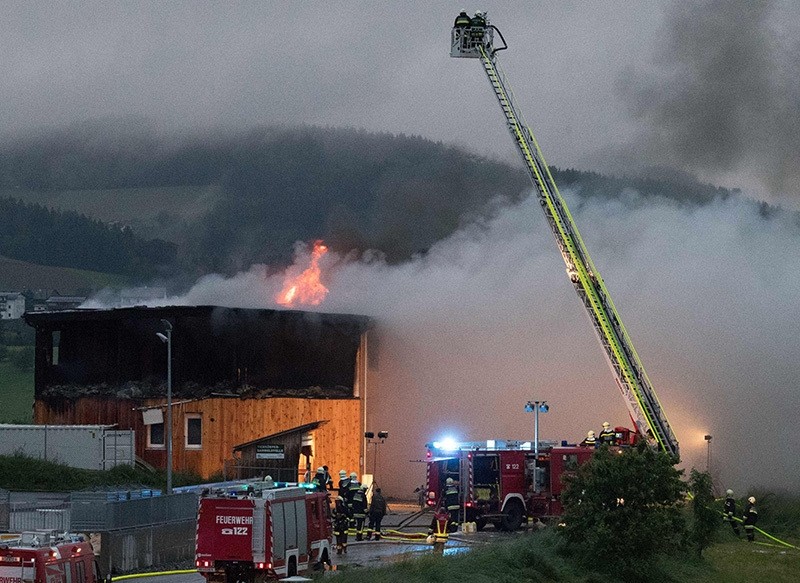 A building built to accommodate asylum-seekers was set on fire on Tuesday by anti-refugee suspects in Austrian town of Altenfelden.

Upper Austrian Red Cross Spokesman Stefan Neubauer said in a statement that the building, which was made of wood with a capacity to accommodate around 50 asylum seekers, was burned down in an arson fire.

The house was built by Red Cross and that 48 asylum seekers were planning to be placed in within two weeks, Neubauer said and added that the attack was a 'vandalism action'

There were no injuries as the building was empty during the attack but there will be a property damage of about 300,000 euros from the fire.

After the initial investigation, the police said that there was evidence on the exterior of the house that the building was set on fire and that the investigation is continuing.

Meanwhile, Austrian Interior Minister Wolfgang Sobotka also said that such actions feed the radicalization, and added that such "extremist crime will not be tolerated."

In 2015, there were 25 attacks carried out against the places that accommodate asylum-seekers in Austria.