Netanyahu to visit Russia for third time in recent months 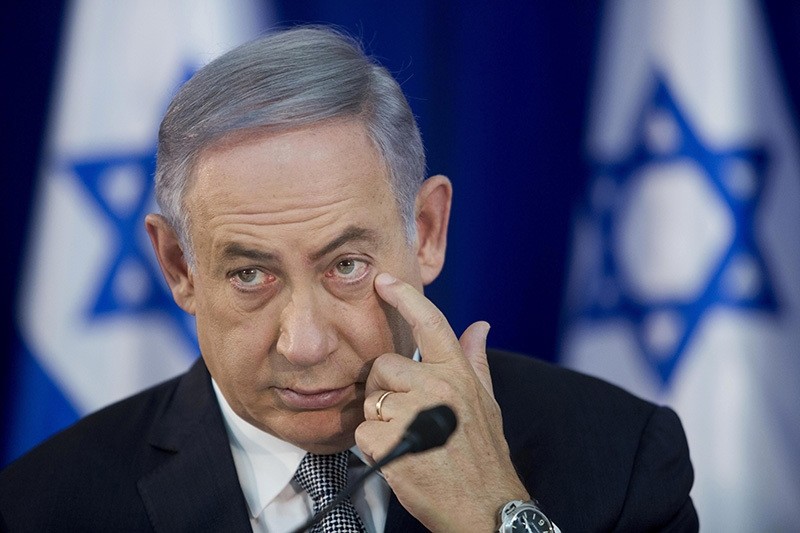 |AP Archive Photo
by Daily Sabah with AFP Jun 05, 2016 12:00 am
Israeli Prime Minister Benjamin Netanyahu will travel to Moscow on Monday to meet Russian President Vladimir Putin, the premier's office said, with the two having held talks in recent months over the conflict in Syria.

Netanyahu's two-day trip is his third to Russia since September and also comes as the two nations mark 25 years since the reestablishment of diplomatic relations.

The Israeli premier's office did not provide details on the talks, but Syria is likely to play a prominent part.

With both Israel and Russia having carried out military operations in war-torn Syria, the two countries have sought to coordinate their actions to avoid clashes.

Netanyahu admitted publicly for the first time in April that Israel had attacked dozens of convoys in Syria which were transporting weapons to the Lebanese Shiite militia, which fights alongside Assad's forces.

In September, Netanyahu and Putin agreed to set up a "hotline" to avoid accidental clashes.