Swiss reject proposal to provide $2,500 basic income for all 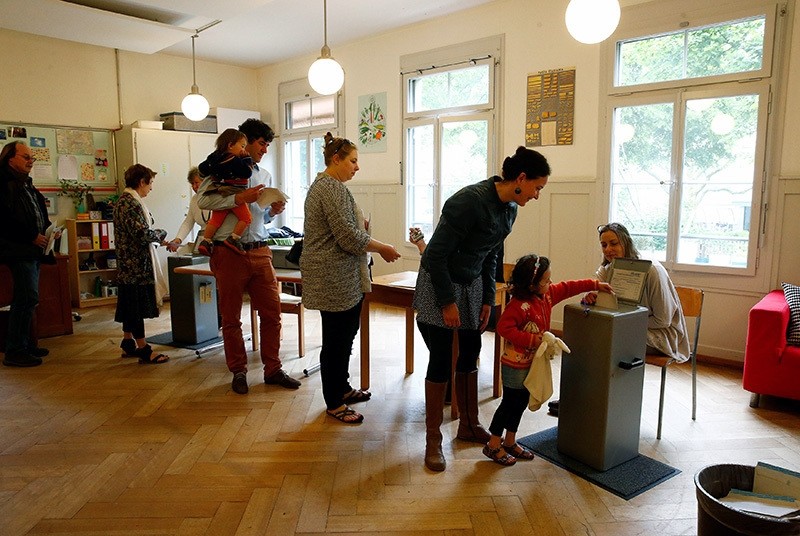 The Swiss flatly reject a radical proposal to provide the entire population with a basic income, in a historic vote that sparked debate in a country where work is revered

Swiss voters were on course Sunday to flatly reject a radical proposal to provide the entire population with a basic income, no work required, initial results and projections showed.

National projections showed 78 percent of voters had opposed the initiative, according to numbers provided by the gfs.bern polling institute to public broadcaster RTS an hour after polls closed at noon (1000 GMT).

Most Swiss vote in advance by post, so a large majority of ballots had already been counted, and gfs.bern put the margin of error at just plus/minus three percent.

In a global first, the Swiss were asked whether they wanted all citizens, along with foreigners who have been legal residents for at least five years, to receive an unconditional basic income, or UBI.

Supporters say providing such an income would help fight poverty and inequality in a world where good jobs with steady salaries are increasingly hard to come by.

But the idea was controversial from the start, with the government and nearly all political parties urging voters to reject the scheme.

Andreas Ladner, a political scientist at Lausanne University, told RTS the Swiss were "realistic" in their assessment of the UBI plan.

Accepting that people can "be paid without having to work would have been a very big step" for the industrious Swiss, he said.

Critics have slammed the initiative as "a Marxist dream", warning of sky-high costs and people quitting their jobs in droves, causing economic chaos.

Authorities have estimated an additional 25 billion francs would be needed annually to cover the costs, requiring deep spending cuts or steep tax hikes.

That argument likely hit home with the Swiss who have previously turned up their nose at initiatives that would have ushered in a minimum wage and increased paid holidays from a minimum four to six weeks, fearing they would hurt competivity.

But supporters of the UBI initiative were not cowed by the resounding defeat, insisting that their main objective had been to get people talking about the idea.

"We are very happy," Ralph Kundig, one of the lead campaigners, told the ATS news agency.

Supporters threw a party in Lausanne to celebrate the 22 percent of votes they had garnered, according to the gfs.bern projection.

"One out of five people voted for the unconditional basic income, so that is a success in itself," Sergio Rossi, an economics professor and backer of the initiative, told ATS.

The idea of a basic income has been bouncing around in more radical circles for centuries, but it has recently entered mainstream thinking.

Concrete projects to introduce some variation of the UBI, albeit at a lower level than what is being discussed in Switzerland, are underway in a range of countries, including in Finland and the Dutch city of Utrecht.

Sunday's referendum came after reformers mustered more than the 100,000 signatures required to hold a popular vote, a feature of the Swiss system of direct democracy.

While the UBI initiative was clobbered, several other contentious issues put to the vote Sunday sailed through.

The projections showed 66 percent of voters embracing a government push to speed up the country's asylum process.

The aim is for most cases to be handled within 140 days or less, compared to an average of around 400 days at the moment.

The projections also showed 61 percent of voters embracing a call to allow genetic testing of embryos before they are inserted in the uterus in cases of in vitro fertilisation where either parent carries a serious hereditary disease.

No screening would be permitted for elements like gender, hair and eye colours, but that has not stopped opponents from dubbing the initiative the "eugenics law".