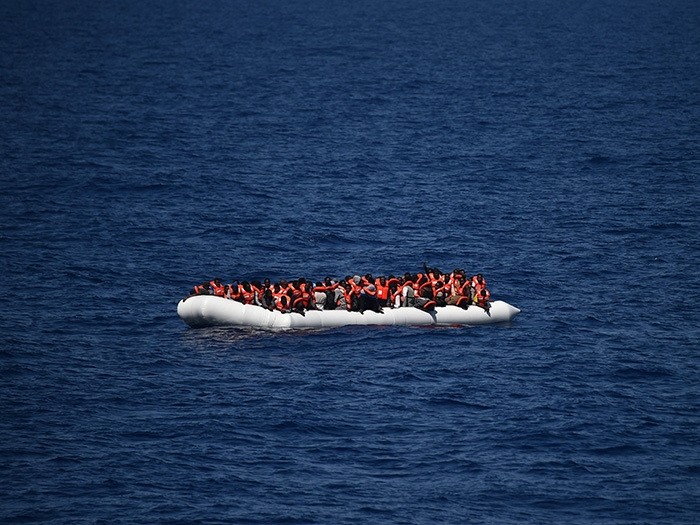 Mediterranean arrivals in Europe this year so far top 200,000, as the death toll from refugee sea journeys nears 3,000 and African refugees are traveling via Italy in the wake of the EU-Turkey deal, the International Organization for Migration (IOM) said on Tuesday.

"Deaths so far this year are 2,809, compared with 1,838 through the first six months of 2015," IOM spokesman Joel Millman told a press conference in Geneva.

According to the group, 376 refugees died in the Aegean Sea between Turkey and Greece this year so far, and 2,427 refugees died while trying to reach Italy from North Africa, particularly from Libya.

Meanwhile, more than 10,000 people have died attempting the perilous journey across the Mediterranean to Europe since 2014, the United Nations said Tuesday.

"You've now had since the start of 2014 -- when this phenomenon of rising numbers across the Mediterranean happened -- 10,000 deaths. That threshold has been crossed just in the last few days," UN refugee agency spokesman Adrian Edwards told reporters.

Following the EU-Turkey deal on refugees reached this March, African refugees largely shifted to the Italy route, the deadliest in the Mediterranean.

The agreement between Turkey and the EU that will facilitate visa liberalization for Turkish nationals and allow readmission of Syrian refugees who enter Europe illegally is practically shelved due to ongoing disagreements, according to sources from the Foreign Ministry. The Turkey-EU agreement that will pave the way for visa liberalization was initially signed on Dec. 16, 2013 and was later included in the comprehensive refugee deal by both parties. Although Brussels says the deal will succeed, it also requires Turkey to meet the EU's 72 benchmarks, which include narrowing its counterterrorism laws.

Turkey was one of the first countries to open its doors to Syrians displaced by war and sever ties with the brutal Assad regime, which violently suppressed any opposition. Five years on, Turkey still remains the safest haven for refugees who streamed into the country with few possessions, little or no money and no place to call home. Though Lebanon and Jordan, Syria's other neighbors, accepted the displaced, Turkey is lauded by the international community for offering the best accommodation standards to the refugees. Today, 2.7 million refugees from Syria live in Turkey, a figure that was unimaginable when the first group of 252 refugees quietly entered the country in 2011.