Major fire at refugee camp in German city of Düsseldorf 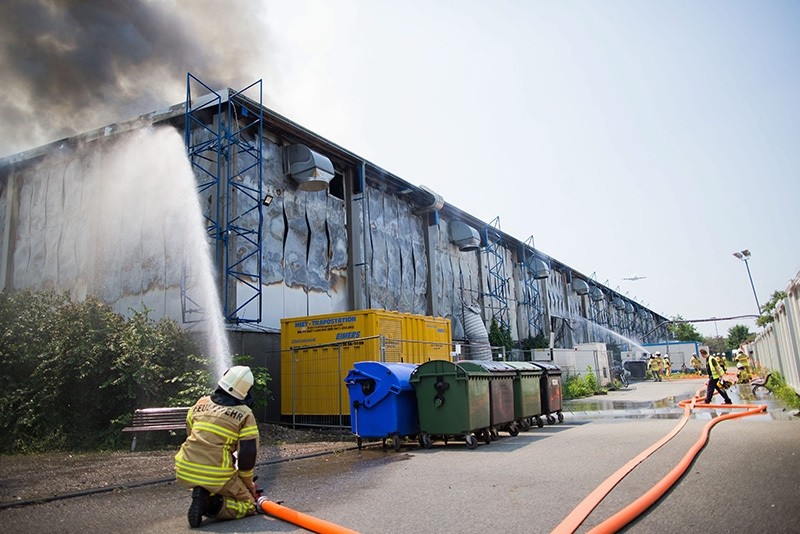 A trade fairground used as a refugee camp in the German city of Düsseldorf has caught fire, as reported by German media agencies on Tuesday.

All refugees on the premises were fortunately removed to safety following the outbreak of fire, reports stated. There is currently a dark cloud of smoke over the city of Düsseldorf.

There is already an international publishing trade fair event ongoing on the premises, but has not been affected by the fire, reported the German public-broadcasting institution Westdeutscher Rundfunk Köln (WDR).

70 firefighters have been sent to the premises to manage the fire, according to various reports. Residents living near the fair area have been asked to keep their doors and windows closed for protection against the heavy smoke.

The smoke is driftin in the direction of the nearby city of Mettmann. Reports warned that there, too, locals should be notified of this major fire.