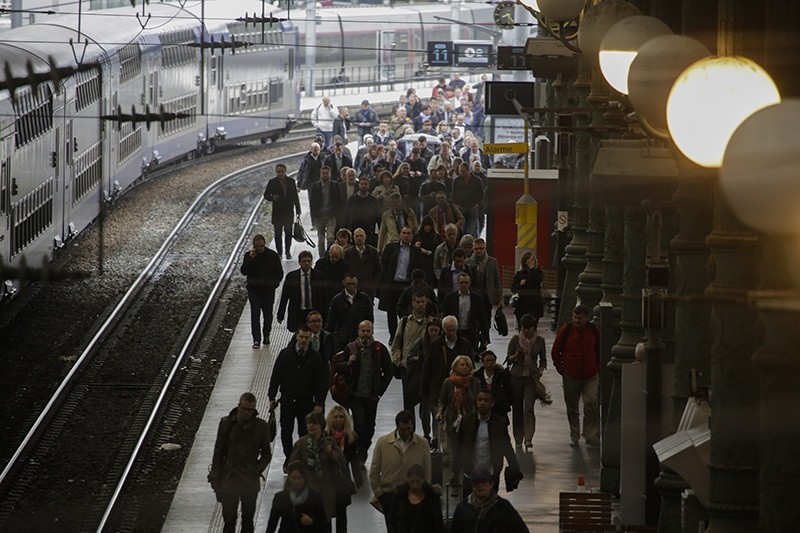 Access to a train carrying the European Championship trophy across France has been blocked by protesters fighting to stop planned labor law reforms.

The train, which traveled through 25 cities and spent three days in each of the 10 cities hosting Euro 2016 matches, reached its final stop on Wednesday morning at Paris' Gare du Nord station.

Fans are normally allowed inside the train to have their photo taken with the Henri Delaunay Cup, but it remained closed Wednesday because of the protests, a spokeswoman for the tour, Shriley Ribeiro, told the Associated Press.

Euro 2016 starts Friday amid a tense social climate as the socialist government's plan to reform the labor market has led to massive strikes and demonstrations, which often have turned violent, over the past two months.

France has been hit by nationwide protests and strikes over a bitterly disputed labor law reform. Tourism agencies in the country warned that the number of tourists visiting Paris is decreasing ahead of the Euro 2016 due to the protests and strikes, which are disrupting transportation.

In addition to strikes, security officials in Europe have also been on high alert since the November attacks in Paris that killed 130 people, and French and football officials alike have sought to quell concerns that the championship could be marred by violence. France's parliament voted to extend the state of emergency to the end of July to cover the Euro 2016 and Tour de France. The measure boosting security powers was already extended by three months in February until May 26.

Meanwhile, U.K, Germany, and the U.S. have also warned against possible terror attacks against the EURO 2016 venues.