Public support for the EU in sharp decline across Europe, survey shows 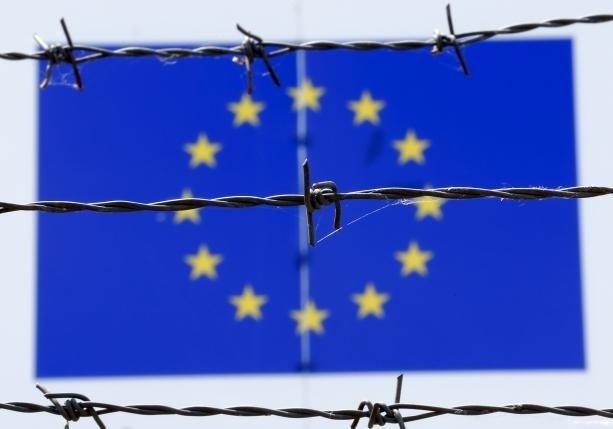 |Reuters Photo
by Daily Sabah with Reuters Jun 08, 2016 12:00 am
Public support for the European Union has plunged sharply in its biggest member states over the past year, a survey showed on Tuesday, weeks before Britons vote on whether to leave the 28-nation bloc.

The survey of 10 large EU states by the Washington-based Pew Research Center showed strong support for Britain to stay in the EU, with 89 percent of Swedes, 75 percent of Dutch and 74 percent of Germans viewing a so-called Brexit as a bad thing.

But most striking was a plunge in the percentage of Europeans who view the EU favorably, a development which appears linked to the bloc's handling of the refugee crisis and the economy.

The fall was most pronounced in France, where only 38 percent of respondents said they had a favorable view of the EU, down 17 points from last year.

Favorability ratings also fell by 16 points in Spain to 47 percent, by eight points in Germany to 50 percent, and by seven points in Britain to 44 percent.

Public support for the EU was strongest in Poland and Hungary, countries which ironically have two of the most EU-sceptical governments in the entire bloc. The Pew survey showed that 72 percent of Poles and 61 percent of Hungarians view the EU favourably.

"The British are not the only ones with doubts about the European Union," Pew said.

"Much of the disaffection with the EU among Europeaans can be attributed to Brussels' handling of the refugee issue. In every country surveyed, overwhelming majorities disapprove of how Brussels has dealt with the problem."

This was especially true in Greece, which has been overwhelmed by migrants crossing the Aegean Sea. Some 94 percent of Greeks believe the EU has mishandled the refugee crisis. In Sweden it was 88 percent, in Italy 77 percent and in Spain 75 percent.

At 92 percent, Greeks were also the most disapproving of the EU's handling of the economy, followed by the Italians at 68 percent and French at 66 percent.

Roughly two-thirds of Greeks and Britons said powers should be returned to national governments from Brussels, far higher than in the other countries surveyed.

Britons will vote on June 23 on whether to stay in the EU, with the latest poll by YouGov showing the "Remain" camp with a mere one point lead over those that would prefer to leave the bloc.
Last Update: Jun 08, 2016 1:21 pm
RELATED TOPICS