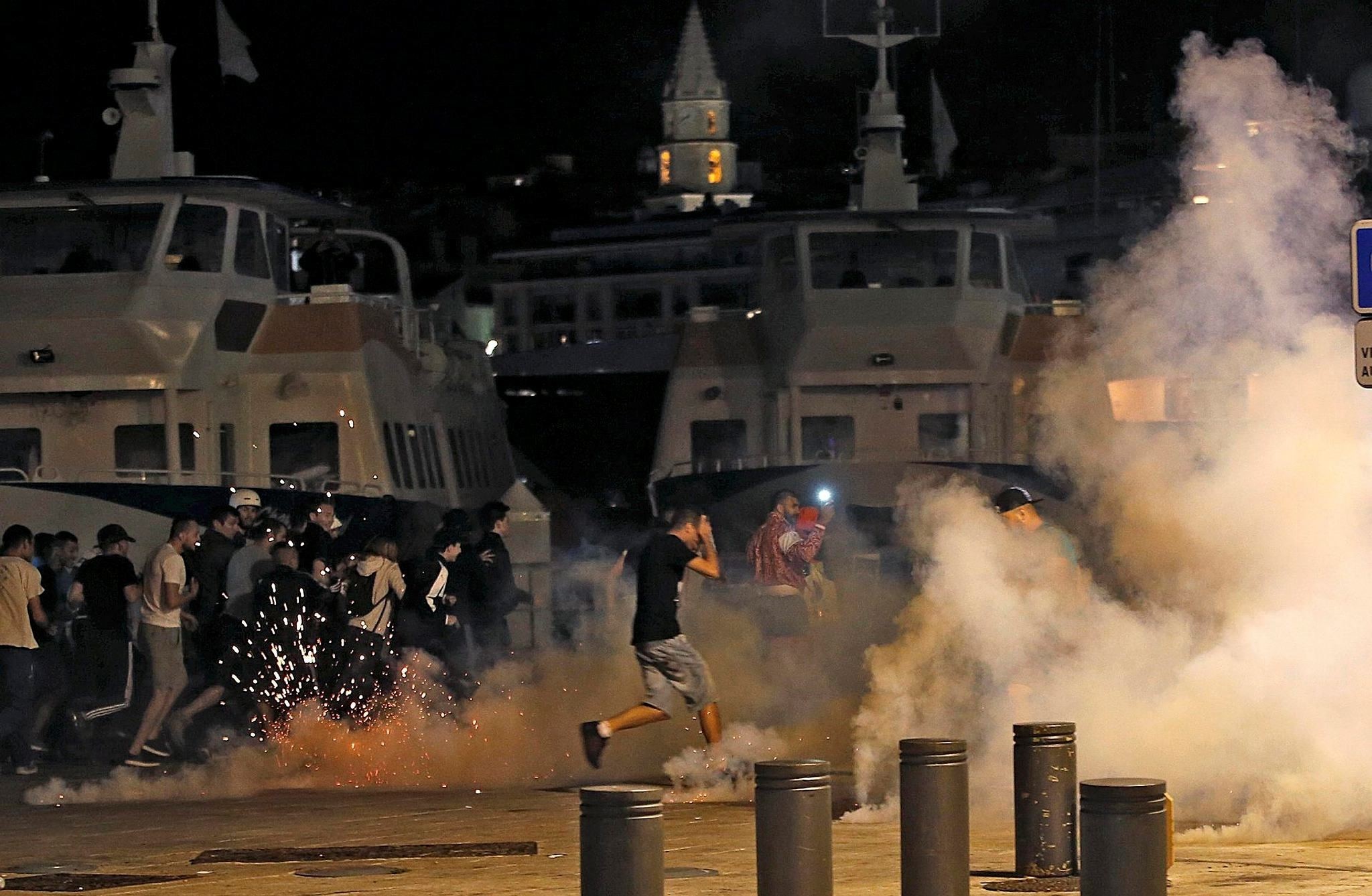 Police disperse revellers at the old port of Marseille after the England v Russia - Group B match. (Reuters Photo)
by French Press Agency - AFP Jun 12, 2016 12:00 am

The British government said Sunday it was "deeply concerned" by violence at the European Championships in Marseille and offered to send more police to France.

"The UK government is deeply concerned by the violence in Marseille last night, including reports that in some cases England fans were attacked by rival supporters," a spokesman said in a statement issued by Downing Street.

"We have offered to send further UK police to France ahead of the next England game to support the security operation around the match in Lens.

"And UK police will be assisting the French with their post-incident investigations and supporting them to gather evidence, including evidence against any England fans involved in the disorder."

The statement came as UEFA warned that both England and Russia -- whose match Saturday night ended in crowd disturbances -- could be thrown out of the tournament if there are similar scenes in future.

French authorities say three people remain in serious condition in hospital in Marseille after clashes before and during the game.

England's next match in the tournament is against Wales in Lens on Thursday.