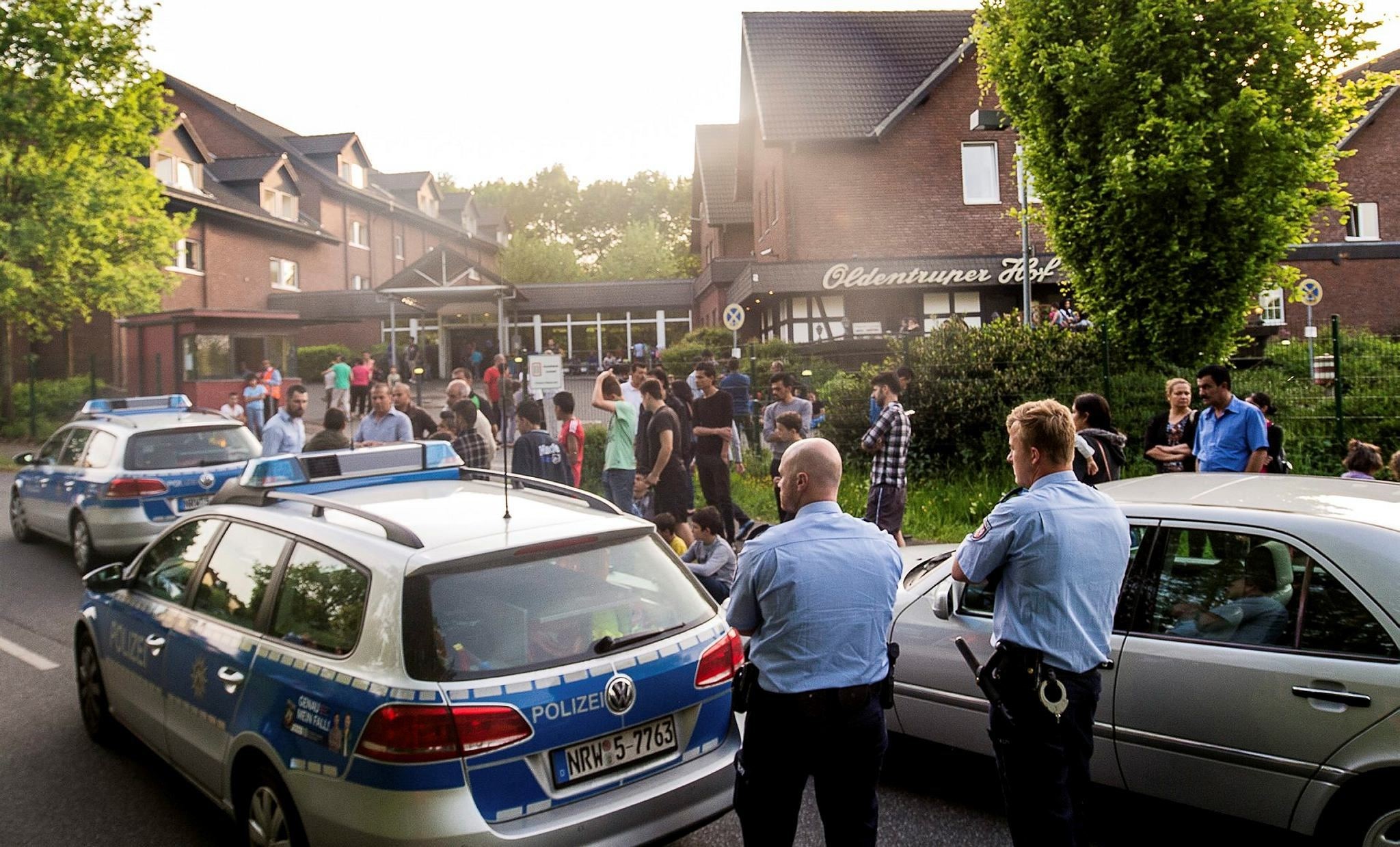 police and refugees stand near a refugee shelter in Bielefeld, Germany. (AP Photo)
by Daily Sabah with Agencies Jun 13, 2016 12:00 am

A 21-year-old German man shot at a refugee shelter with an air rifle from the window of his third-floor apartment in the northwestern German town of Lingen on Sunday, wounding two migrants, police said on Monday.

A 5-year-old girl from Macedonia and an 18-year-old Syrian suffered wounds in their legs and received hospital treatment, police said.

Police, who searched the suspect's home, said it was not clear if the shooting was politically motivated but an investigation was underway.

More than one million migrants arrived in Germany last year and the mood towards them has gradually soured, boosting support for the anti-immigrant Alternative for Germany (AfD) party.

Police said the man was not arrested but he was being investigated for grievous bodily harm.

Germany has been struggling to cope with the rise of xenophobia and hate towards migrants.

With the migrant influx sharply down in recent months, the right-wing and populist Alternative für Deutschland party (AfD) has aligned itself with the xenophobic and anti-Islamic Patriotic Europeans against the Islamization of the Occident (PEGIDA) street movement.

Germany has witnessed anti-immigrant and Islamophobic demonstrations following the record influx of refugees. Several refugee centers were hit by violent protests and arson attacks. In the face of widespread hatred toward Muslims in German society, German authorities, including Chancellor Merkel and President Joachim Gauck, have condemned xenophobic attacks.