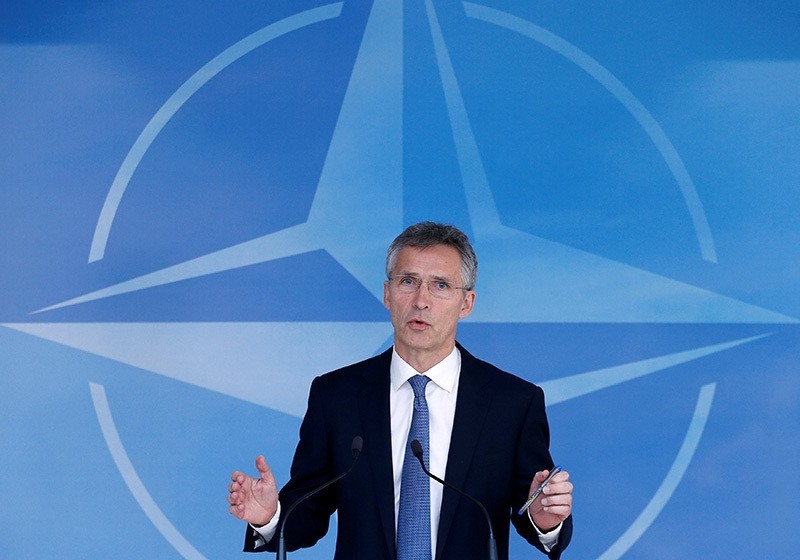 NATO Secretary-General Jens Stoltenberg briefs the media during a NATO defence ministers meeting at the Alliance headquarters in Brussels, June 14, 2016. (Reuters)
by Jun 14, 2016 12:00 am
NATO is set to step up its presence in Romania, as part of reassurance measures being deployed by the Western military alliance in response to Russia's actions in Ukraine.

"We will take decisions on a tailored presence for the south-east region, with a land element built around a multinational framework brigade in Romania," the NATO chief added.

Romania has offered to provide the headquarters for the brigade, which would "organize and facilitate NATO activities in the region related to exercises and also assurance measures," Stoltenberg said. Romania is also expected to lead the brigade.

Its proposal is being discussed and details will be "decided later," Stoltenberg said.

Romanian Prime Minister Dacian Ciolos has in the past also called for a "large NATO presence" in the Black Sea, which borders NATO members Bulgaria, Romania and Turkey, but also Russia, Georgia and Ukraine.

NATO is working on bolstering all of its eastern flank, with its members in the area feeling threatened by Russia's annexation of the Ukrainian peninsula of Crimea and its support for separatists in eastern Ukraine.

The NATO defence ministers are also expected to pave the way for the deployment of four battalions to Poland and the Baltic countries - Estonia, Latvia and Lithuania. Final decisions are expected when the alliance's leaders meet in Warsaw next month.

The moves are likely to ratchet up tensions with Russia, which has repeatedly warned that an eastward NATO expansion threatens its national security.
Last Update: Jun 14, 2016 3:24 pm
RELATED TOPICS