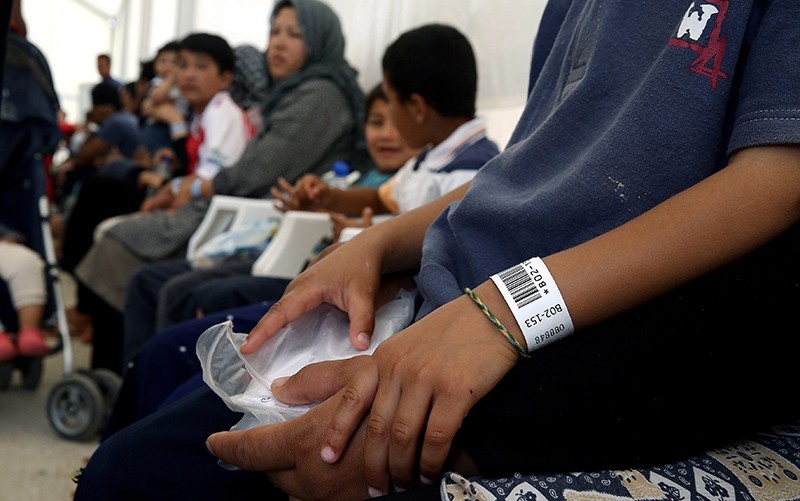 Refugees and migrants wait for a pre-registration process at the refugee camp in the former international Helliniko airport in Athens, Greece, 13 June 2016 (EPA Photo)
by Jun 16, 2016 12:00 am
German Interior Minister Thomas de Maiziere told a newspaper that doctors were handing out too many certificates to migrants who face deportation saying they were too ill to travel.

More than a million migrants arrived in Germany last year, a record influx that has boosting support for anti-immigrant groups and raised concerns about security. New arrivals have slowed this year.

"Doctors are still issuing too many certificates where there is no real health reason not to deport someone," de Maiziere told regional newspaper Rheinische Post's Thursday edition.

"It can't be true that 70 percent of men under the age of 40 are declared sick and not fit to travel before deportation. Experience suggests this is not the case," he said.

De Maiziere also said migrants should have their benefits cut if they do not cooperate on establishing their identity or if they do not leave the country if their asylum application is rejected.

The legal framework for that was established last year and needs to be applied more consistently, he said.