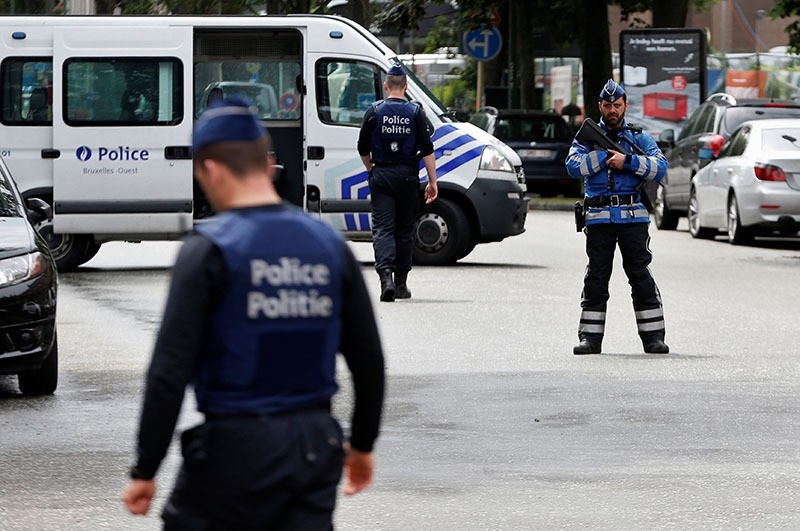 Belgian police officers stand guard near an apartment building during the reconstruction of the recent attacks, in the Brussels district of Etterbeek, Belgium, June 17, 2016. (Reuters)
by Jun 18, 2016 12:00 am

Twelve people suspected of planning new attacks were arrested across Belgium overnight after police carried out about 40 house searches in the country, the federal prosecutor's office said in a statement on Saturday.

"In connection with a criminal investigation concerning terrorism... 40 persons were taken for questioning. Twelve among them were arrested. The investigating judge will decide on their possible detention later today," the statement said.

Europe is on high alert as the Euro 2016 soccer tournament is under way in neighboring France. Suicide bombers killed 32 people in Brussels in March following attacks in Paris in November in which 130 people died.

Investigators have confirmed links between the perpetrators, some of whom were based in Belgium.

Flemish public broadcaster VTM said the people arrested overnight were suspected of planning an attack in Brussels this weekend during one of Belgium's soccer matches in the Euros.

On Friday police arrested and detained a man named as Youssef E.A, a Belgian national, on suspicion of taking part in terrorist activities in connection with the Brussels attacks.