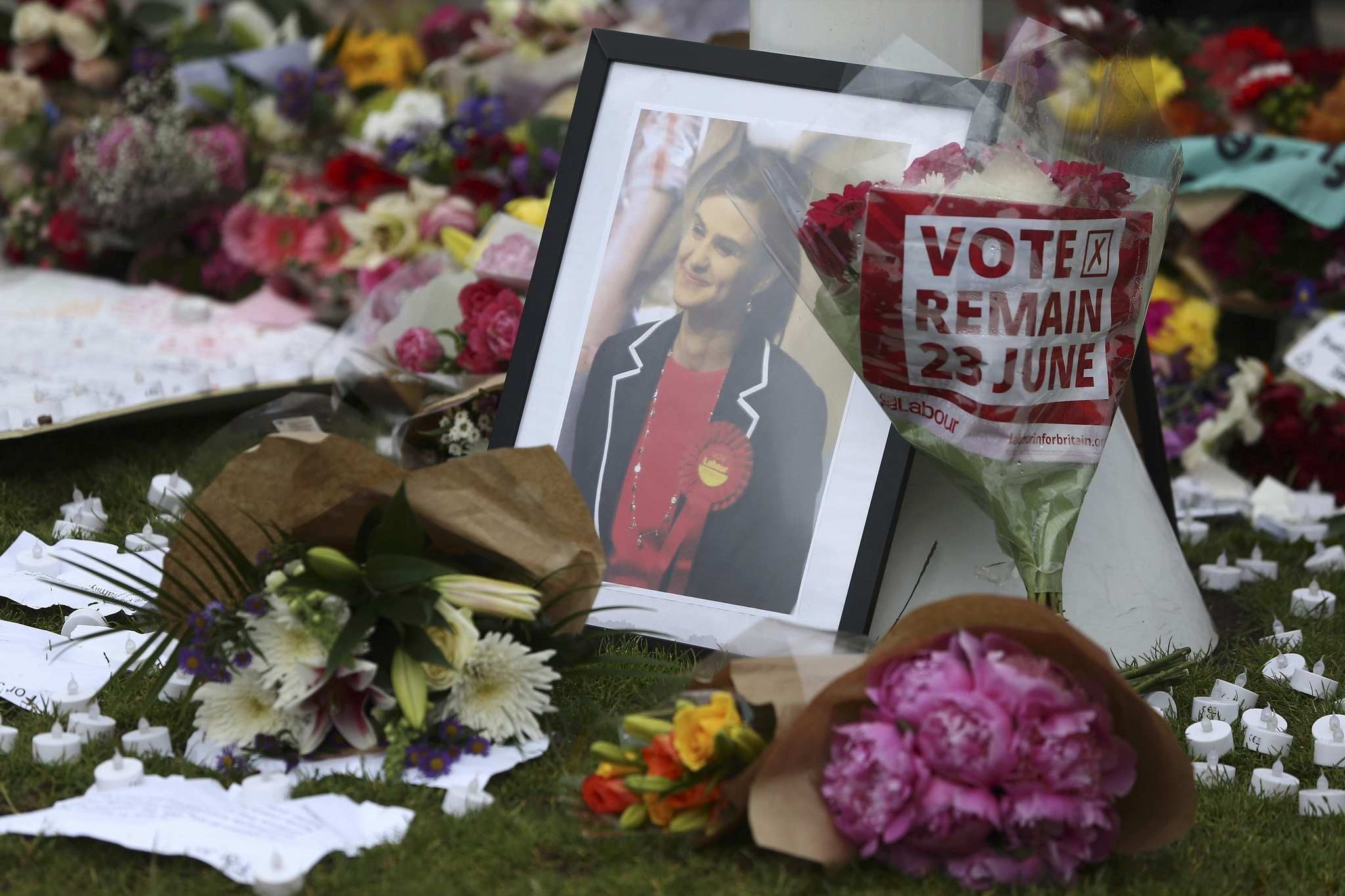 Tributes in memory of murdered Labour Party MP Jo Cox, who was shot dead in Birstall, are left at Parliament Square in London, Britain June 18, 2016. (REUTERS Photo)
by Daily Sabah with Reuters Jun 18, 2016 12:00 am

The campaign for Britain to stay in the European Union has taken a three-point lead over the rival "Out" camp ahead of Thursday's EU membership referendum, according to the first opinion poll conducted after a fatal attack on lawmaker Jo Cox.

The Survation poll for the Mail on Sunday newspaper put support for "In" at 45 percent ahead of "Out" on 42 percent, according to the Press Association news agency.

Survation's previous poll, which was conducted for financial markets firm IG, had shown "Out" ahead of "In" by 45-42 percent.

That poll was published on Thursday shortly before Jo Cox, a member of parliament for the opposition Labour party, was shot and stabbed to death by a man who gave his name as "death to traitors, freedom for Britain" when he appeared in court on Saturday.

The new Survation poll was conducted on Friday and Saturday.

A member of the opposition Labour Party and former aid worker, Cox was an advocate for refugee rights and immigration and wanted Britain to remain in the European Union.

She was shot and stabbed in the street in a daylight attack on Thursday in her constituency in northern England as she was heading for a meeting with local residents.

Although the motive is undetermined, some politicians and commentators have pointed to the heated referendum debate, where sensitive issues like national identity and immigration have featured prominently.

The murder, the first of a British member of parliament since 1990, has sent shockwaves around the world.