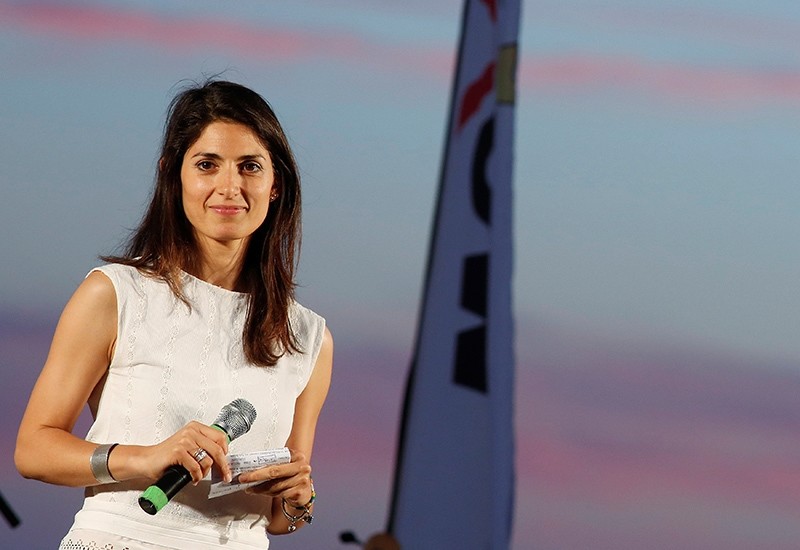 Voters in the Italian capital went to the polls Sunday with all signs indicating that they will elect Virginia Raggi as the first female mayor of the Eternal City.

Raggi, a 37-year-old lawyer and local councillor, has leapt from anonymity to become one of the best-known faces in Italian politics in the space of only a few months on the campaign trail.

The telegenic brunette, whose victory would be a blow for Prime Minister Matteo Renzi, is the rising star of the populist Five Star movement (M5S), the anti-establishment party founded by comedian Beppe Grillo.

More than nine million voters are eligible to take part in Sunday's second round election in 126 communes, including Rome, Milan, Naples, Turin and Bologna.

But all eyes are on Five Star which has emerged as the best-supported opposition to the centre left, Democratic Party (PD)-led coalition of Prime Minister Renzi, and the stakes are extremely high for a movement that was only founded in 2009.

With the ebullient Renzi's star waning slightly, success in Rome could provide a platform for a tilt at national power in general elections due in 2018.

The PD also faces defeat in Italy's financial capital Milan and a tough challenge in Turin.

"We are witnessing a historic moment," Raggi said after the June 5 first round of voting, from which she emerged with 35 percent of the vote, well ahead of her run-off rival, Roberto Giachetti (24 percent).

It was a remarkable achievement for a party with a very limited organisational apparatus and also for a woman who only entered politics five years ago.

That was a move, she recently told AFP, triggered by the birth of her son Matteo and her determination that he should not grow up in a city beset by the intertwined problems of failing public services and endemic corruption.

Opposition to Italy's endemic cronyism and sleaze is the foundation of M5S's appeal to voters and the Roman electorate have had their fill of those in recent years.

Dozens of local businessmen, officials and politicians are currently on trial for their involvement in a criminal network that ripped off the city to the tune of tens -- if not hundreds -- of millions.

From stealing the funds allocated to get ethnic Roma children to school out of isolated camps, to paving the city's streets with wafer-thin surfaces, scams abounded for years, according to prosecutors, in what is known as the Mafia Capitale scandal.

Renzi has sought to minimise the implications of the results of the election repeating that the "mother of all battles" for him is an October referendum on sweeping constitutional reforms aimed at ushering in stability into Italian politics.

He has pledged to step down if he loses.

In the run-up to the second-round, there have been reports in the Italian press that Raggi failed to declare payments for consultations to a public body, an allegation she has dismissed.

"It's just muck-racking," she said. "I have already clarified that I have declared everything and it's all in line with the rules."

Mario Calabresi, the editor of Italy's prominent La Repubblica daily, said in an editorial Saturday that the polls were "destined to leave a mark on Italian politics and a possible rupture with the established system".

He said the party for many was "associated with hope."