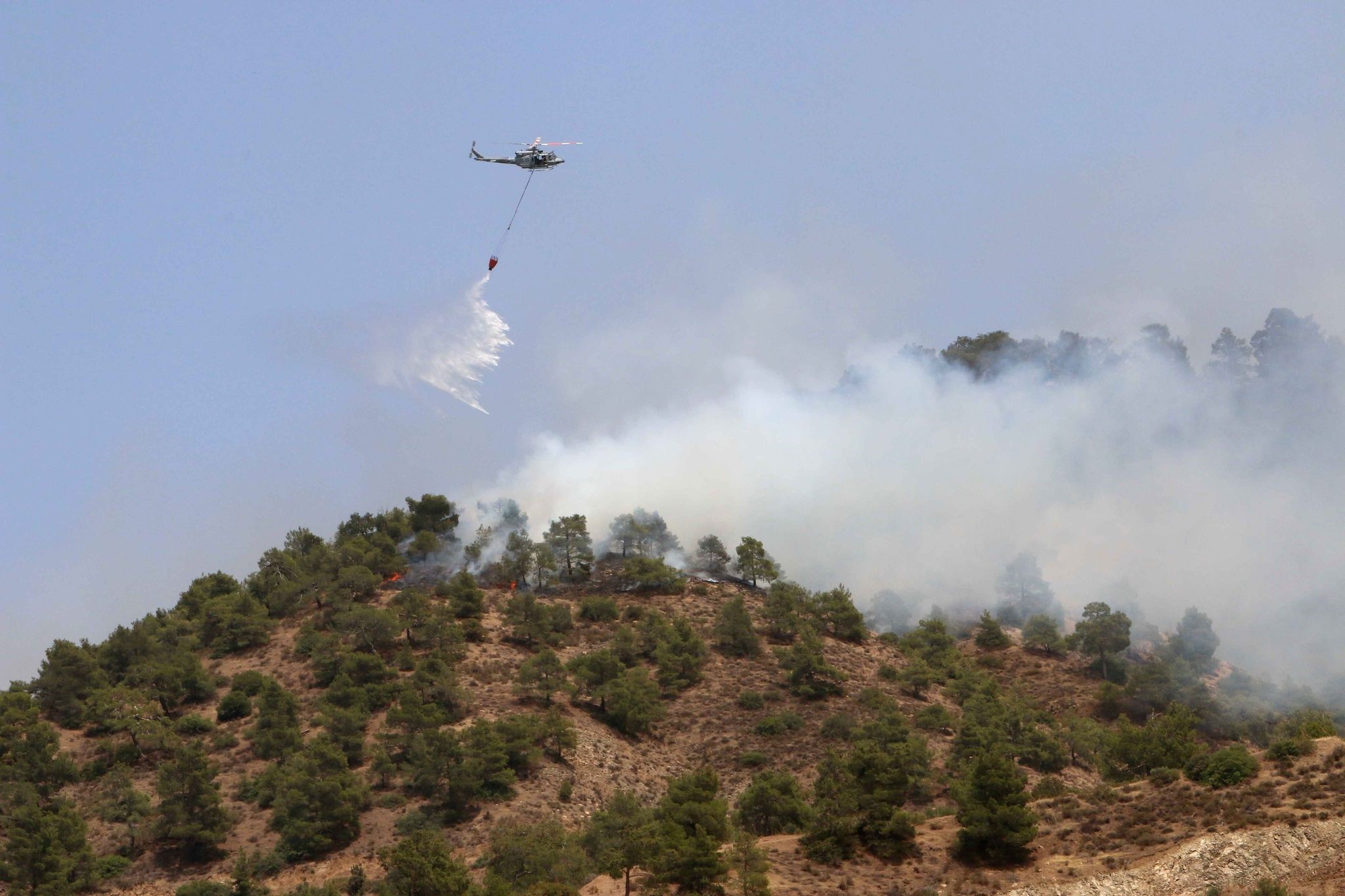 Greece, Britain and Israel sent planes and helicopters to Cyprus on Monday to fight a huge forest fire sweeping through scenic mountains on the island, fanned by high winds and scorching temperatures.

A pair of Greek Super Puma helicopters are on their way to join up with 14 Cypriot, Greek and Israeli aircraft to help battle the fire that continues to rage out of control and so has far scorched 15 square kilometers (5.8 sq. miles) of trees and countryside, officials said Monday.

The blaze, possibly triggered by an attempt to burn dry stubble, broke out on Sunday in the foothills of Trodos region of the eastern Mediterranean island.

The Soleas area hardest hit by the blaze is covered by pine forest and fruit orchards. The blaze, thought to be one of the worst in recent years, also coincided with the first major heatwave of the year, creating tinderbox conditions.

Greek Cypriot leader Nicos Anastasiades said the damage done to a large swath of forest in the mountainous regions southwest of the capital is "irreparable," but nonetheless promised a speedy reforestation program.

He said 66 firefighting vehicles and more than 300 people from the island's Fire Service, Forestry Department, as well as volunteers have been mobilized to fight the blaze that has covered the area with thick plumes of smoke.

"It's truly a tragic situation. ... We're doing all we can to bring the fire under control," said Anastasiades after chairing a meeting of top Fire Service, Police and Interior Ministry officials.

Anastasiades said he has thanked Mustafa Akıncı, president of Turkish Republic of Northern Cyprus, for offering help in firefighting efforts, but assistance from Greece, Israel and two British military bases on Cyprus are at the moment enough. The island was split along ethnic lines following a Turkish military intervention in 1974 triggered by a brief Greek inspired coup and decades-long ethnic clashes.

Fire Service Chief Andreas Nicolou told state broadcaster RIK that optimism the fire can soon be brought under control is tempered by high temperatures and shifting winds that are making firefighting efforts difficult.

Deputy Fire Service Operations Chief Marcos Tragkolas, told The Associated Press at least three villages have been partly evacuated as a precautionary measure. He said one firefighter is in critical but stable condition after suffering head injuries when his vehicle overturned in a gully. Another firefighter sustained a broken arm.

Police said a 12-year-old boy is suspected of starting the fire with a lighter near the family's holiday home.