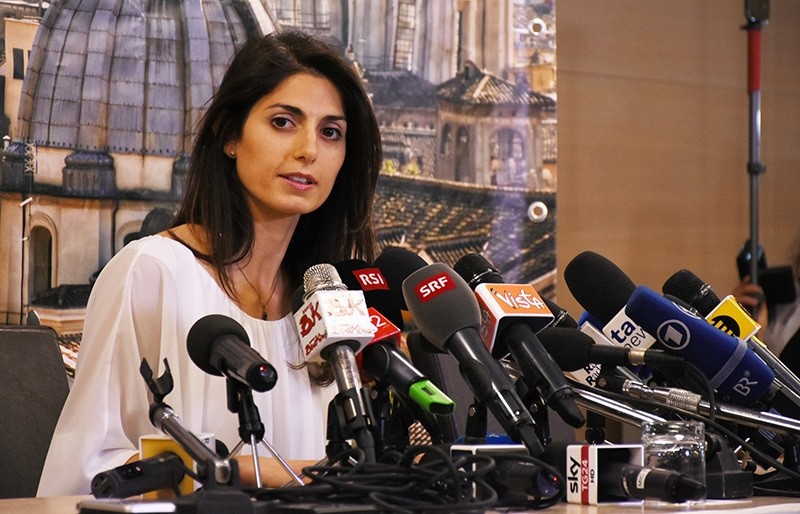 The 5-Star Movement candidate in Rome, Virginia Raggi, snared 67.2 percent of the vote in a two-person runoff Sunday, becoming the city's first female mayor and, at 37, its youngest.

"It's definitely a defeat for us. Losing Rome and Turin is a blow, it's painful," Matteo Orfini, president of the Democratic Party (PD), said in an interview with La Stampa daily.

The city elections have been a closely-watched barometer of Italian politics.

Renzi's political strength has weakened in recent months. Rome in particular is seen by some analysts as a springboard for general elections due in 2018.

Renzi's Democratic Party has been weakened by defections and a sprawling corruption scandal in Rome, which has tainted local Democrats as well as conservative parties. He didn't immediately comment.

Beppe Grillo, the caustic comic who founded the movement, said Monday that "from today, everything changes, now it's our turn." Luigi Di Maio, a 5-Star lawmaker, said the vote showed his party's "the only credible force" that can defeat Renzi's Democrats nationally.