French police use water cannon against football fans in Marseille 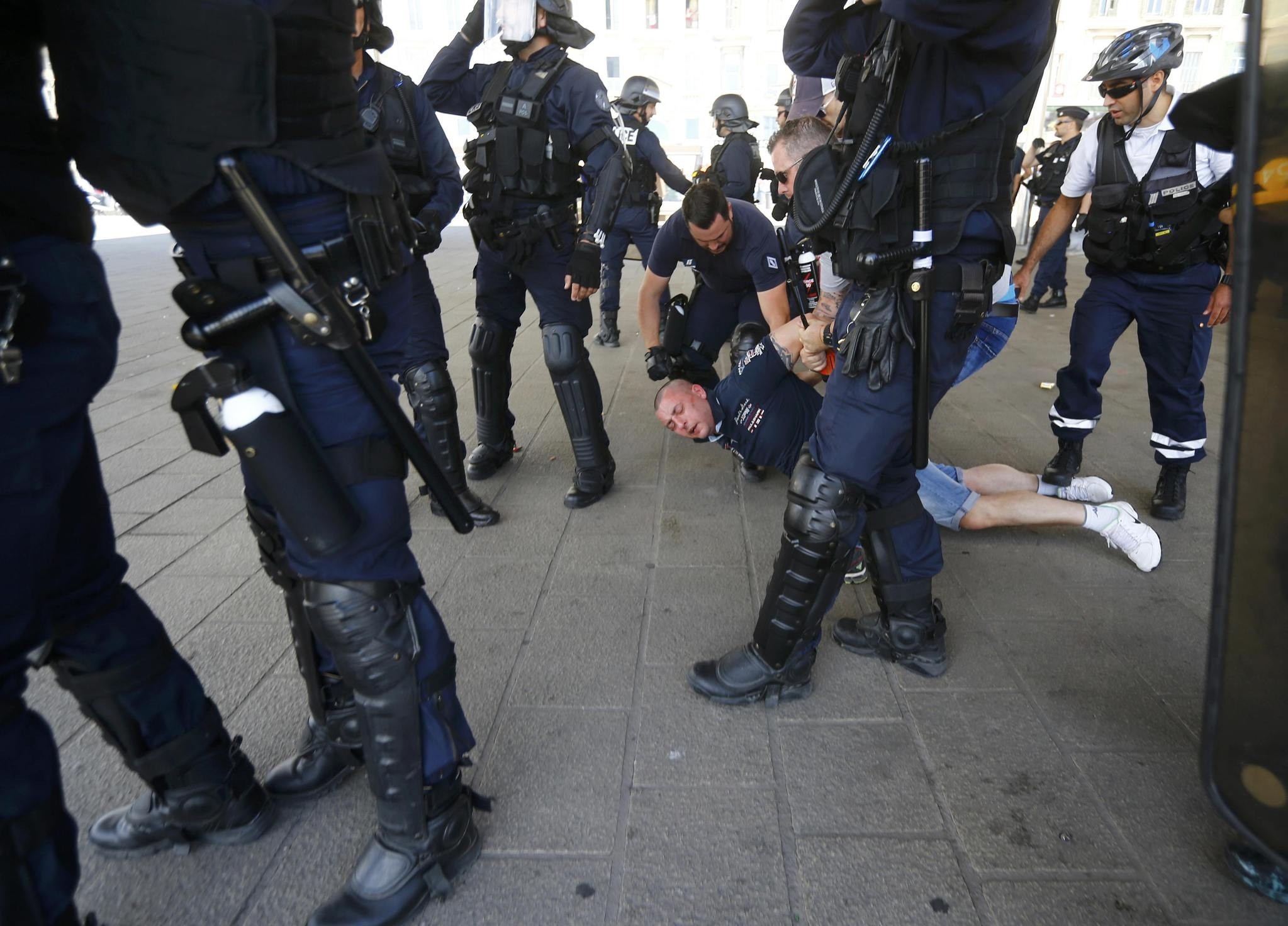 French police used water cannon and tear gas on football fans amid clashes in Marseille ahead of the Euro 2016 match Tuesday between Ukraine and Poland.

Several people were seen being detained during the clashes by French police.

The trouble heightened tensions among supporters massed at a roundabout near the Marseille stadium, causing shoving and many to run in panic. 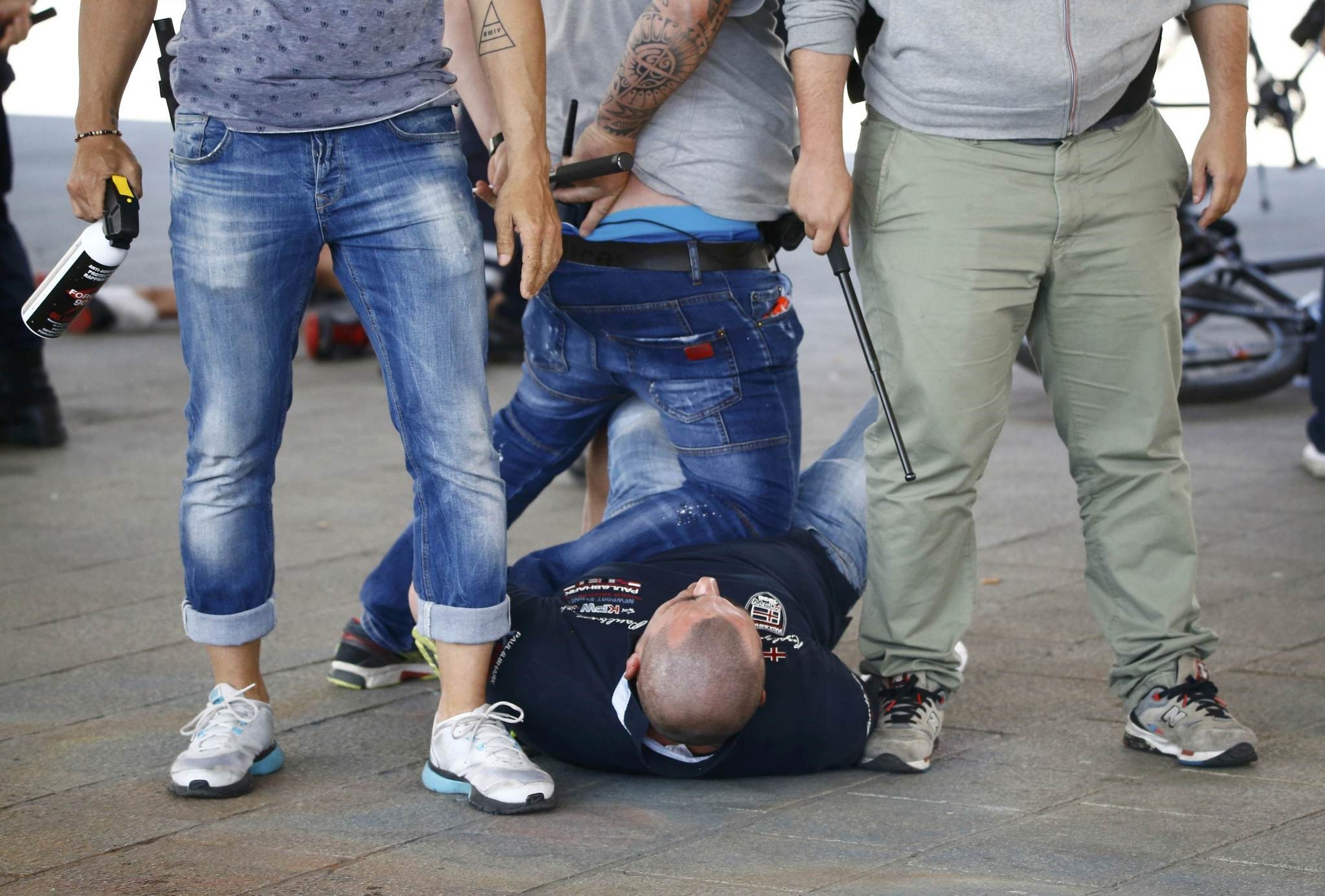 French police had also used tear gas to disperse rampaging English football fans at the European Championship last Wednesday, the fourth time England fans have been involved in violent incidents since the start of the tournament.

Four people were arrested in the Vieux-Port area that was the scene of violent clashes between Russia and England supporters on June 11. Thirty-five mainly British fans were injured then, two seriously.

Despite scattered incidents, the violence in the northern city of Lille did not reach the levels of last weekend in the southern city of Marseille, where English fans were involved in three days of occasionally vicious fighting.

However riot police were still firing tear gas to disperse English supporters, many of them apparently drunk, late into the evening.

Police had to protect several thousand French football fans who had watched their team in an official fan zone set up for football lovers in each host city. Riot police formed a shield to keep rampaging England fans away, eventually charging the English, spraying tear gas at them and forcing them to flee.

Thousands of Poland supporters gathered in the district before heading towards the Velodrome stadium, behind a huge banner reading "Defenders of European Culture".