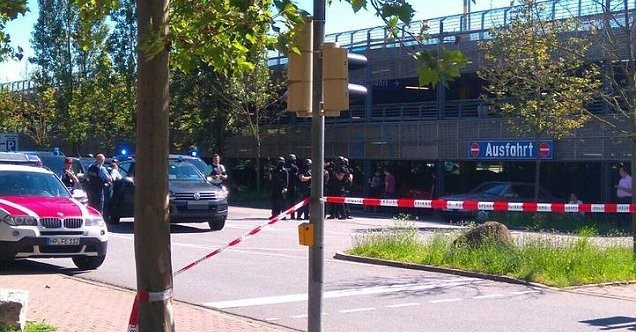 A man killed by police after shooting up a German cinema was likely a lone perpetrator and not a terrorist, security sources said on Thursday.

A police spokeswoman said that his hostages were released unhurt.

German media earlier reported that between 20 and 50 people were injured in a shooting, which took place in the south-western German town of Viernheim, near Frankfurt.

But mass circulation newspaper Bild said that 25 people were injured by tear gas used by police.

Peter Beuth, interior minister of Hesse, the state where the shooting took place, said that special forces had "fought and killed" the man, who had been visibly confused and fired at least four shots inside the cinema with a rifle.

The gunman reportedly entered the cinema complex at around 3 p.m. local time and was wearing a mask as well as an ammunition belt during the attack.

Hochstaedter said that the police deployment lasted around three hours.

Meanwhile, He said: "We believe that there were no injured people, and that the people who were in the cinema with the perpetrator could be freed uninjured."

Witnesses also reported that the gunman opened fire after entering the complex.