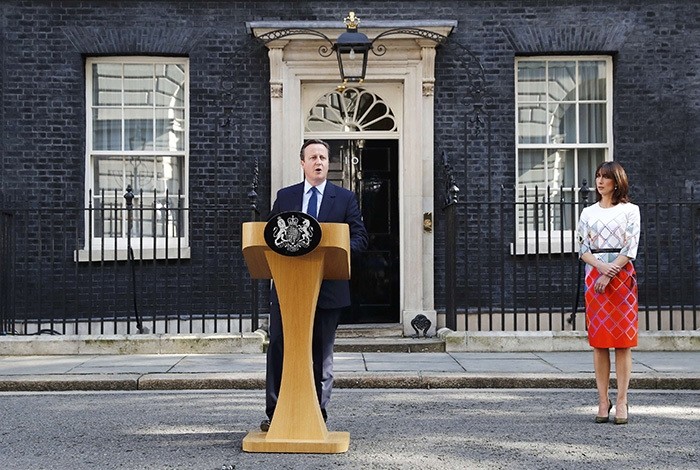 British Premier David Cameron said on Friday morning he will resign by October now that Britons have voted to exit the European Union.

Cameron had fought for remaining in the EU, facing off with Brexit supporters from within his own Conservative Party.

"The will of the British people is an instruction that must be delivered," he said outside his London residence in Downing Street.

"I think the country requires fresh leadership to take it in this direction," he added.

The next premier should take the formal decision on when to trigger Britain's exit process under Article 50 of the EU treaties, Cameron said.

Among the likely contenders are former London Mayor Boris Johnson and Justice Secretary Michael Gove, who both helped lead the "leave" campaign.

Other Cabinet members are likely to contend as well.

Defense Secretary Michael Fallon said it is too early to speculate about who will replace Cameron.

"I think it is a bit too early to start speculating about that," he said. "There is plenty to do now to help make this decision work, to stabilize our economy, to reassure our allies and to continue the program we were all elected on last year."

He said Cameron has done the honorable thing by resigning.

Cameron had been expected to serve several more years. He was re-elected last year with a majority vote but lost control of the European Union debate.

With his wife Samantha at his side, he said he is not the correct "captain" to steer Britain through its upcoming negotiations.