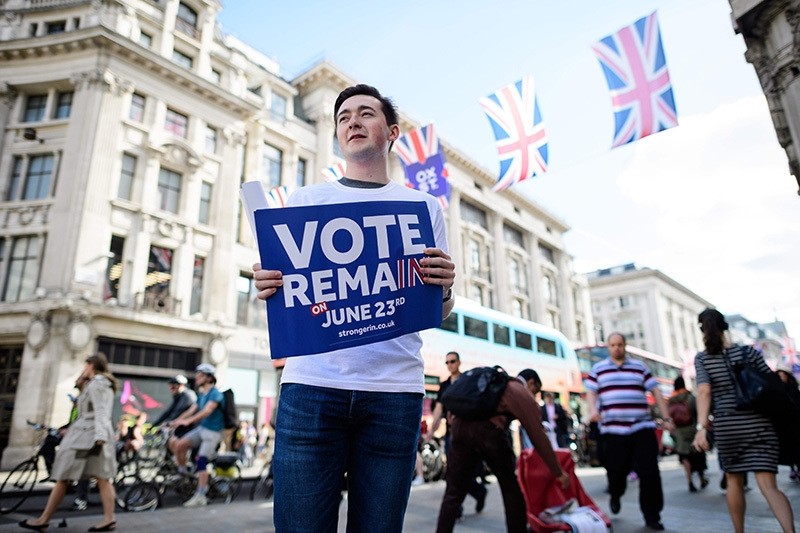 Many British voters were left in a confusion about using a pen or a pencil when casting their votes in referendum on exiting the EU.

Some British voters were left in a whirl of confusion as to whether they could use a pen to vote in Thursday's EU membership referendum.

As Britain decided whether or not to stay in the European Union, some struggled to decide whether to use the traditional pencil or risk a pen, following a tweet from a local authority that triggered a rash of jokes and conspiracy theories online.

East Northamptonshire Council tweeted: "Please use a pencil on your ballot paper as ink can smudge when it's folded which could make the paper doubtful and it may not be counted."

Soon the hashtags #usepens and #pengate were circulating on Twitter, along with jokey suspicion that spooks could rub out pencilled-in crosses and ink the other box instead.

The online confusion caused other local authorities to tweet that pens could be used, while one told voters they could bring a pen but urged them not to ask staff for one.

East Northamptonshire Council later clarified its tweet, telling people to "feel free to use a pen but make sure it doesn't smudge when folding so it is clear how you have voted".

Pencils are traditionally used in Britain for marking ballot papers.

"However, there is nothing to stop a voter from using a pen to mark their vote -- there is no legal requirement for ballot papers to be marked with a pencil," said a spokesman for the Electoral Commission, which oversees elections.

He said pencils were historically favoured because there was always a risk that pens could dry out or spill.

"Also, ink may cause some transfer of the mark the voter has made on the ballot paper when they fold it, thus potentially leading to a rejection as it may look like they have voted for more options than they are entitled to."

Online jesters suggested that the blood of a robin, a needle and thread, woodstain or a mini flame-thrower could be used instead by voters suspicious that their crosses could fall victim to correction fluid and erasers.

At one stage in the day, police were called to a polling station in Chichester, southern England, where a woman was distributing pens after a volunteer reported a "disturbance" outside.

A local police support officer "went to the scene and spoke with a woman who was handing out pens", Sussex Police said.

No offences were committed and the incident was no longer being treated as a police matter.