'Is this end of the EU?', Juncker replies 'No', walks out of press briefing 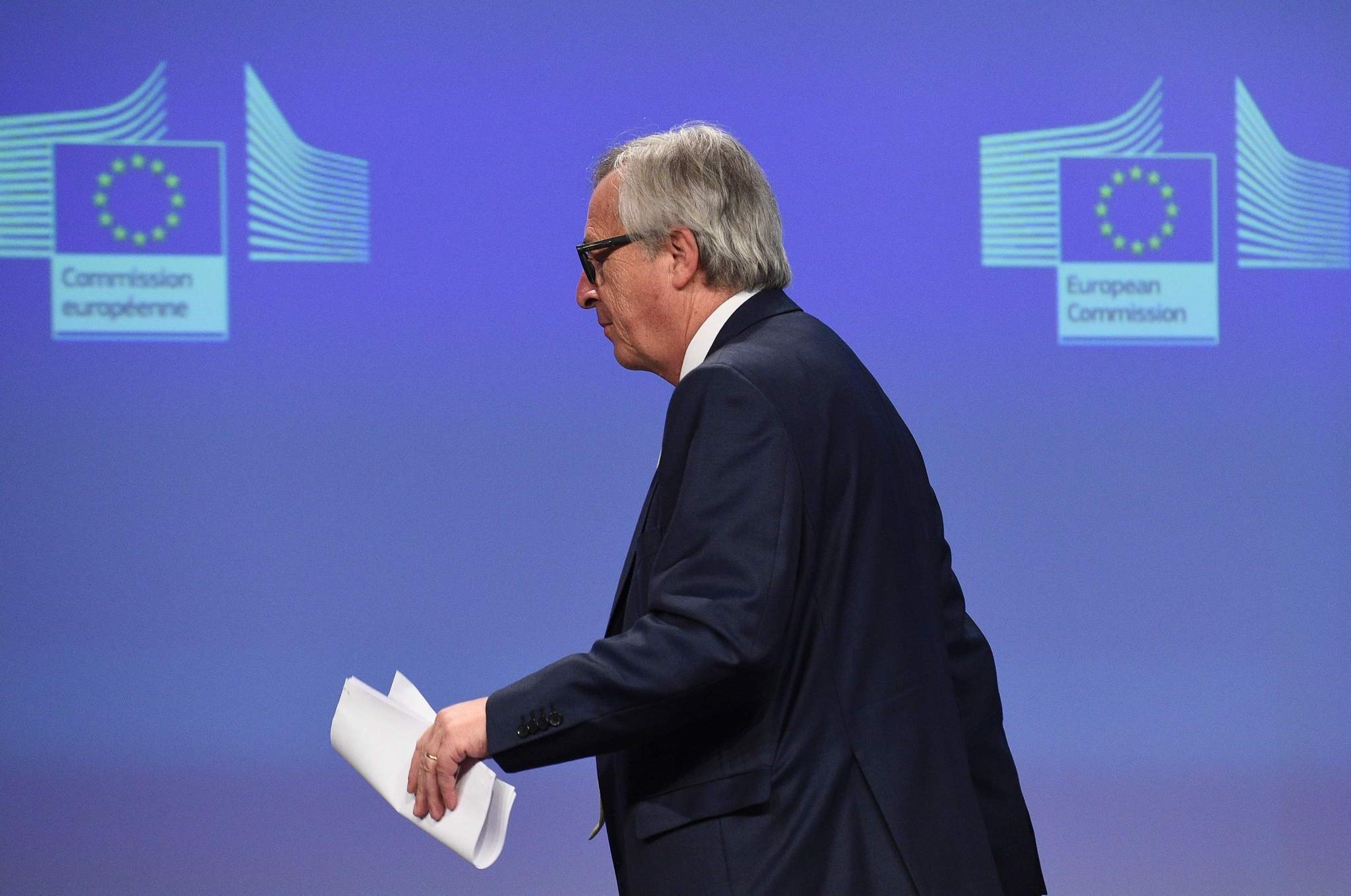 European Commission chief Jean-Claude Juncker leaves after a joint press conference at the EU Headquarters in Brussels on June 24, 2016. (AFP Photo)
by Daily Sabah with Agencies Jun 24, 2016 12:00 am

European Commission chief Jean-Claude Juncker on Friday strongly denied that Britain's shock vote to leave the EU was the start of a process of disintegration for the bloc.

"No!" Juncker told a press conference in Brussels when asked if "Brexit" was the beginning of the end for the European Union, before he immediately gathered his papers and walked out of the stage. The reporters waiting for hours to ask questions regarding the Britain referendum broke out into loud clapping to protest as Juncker left after taking only two questions.

Before Junker's leave, he said that Germany and France should take "clear positions" on Britain. "I want it to be clear, evident, necessary for everybody that the process of incertitude in which we have entered must not last too long. Things must be accelerated," he said.

Britons voted 52 percent to 48 percent to leave the European Union in Thursday's historic referendum,many swayed by promises of ending uncontrolled migration from the 27 other countries in the bloc.

The shock outcome of Thursday's historic referendum threatens to lead to the break-up of the United Kingdom after Scotland raised the prospect of another independence vote, and could have a knock-on effect on other eurosceptic member states.

Britons, many worried by immigration and what they saw as interference in the running of their country by bureaucrats in Brussels, voted by 52 to 48 percent to abandon the bloc after four decades of often troubled membership.

In an emotional statement outside Downing Street, Cameron said he would resign to make way for a new leader by early October after the failure of his "Remain" campaign.

"I do not think it would be right for me to try to be the captain that steers our country to its next destination," he said as sterling, global stocks and oil prices plummeted.

Britain will be the first country to leave the EU after decades of suspicion over its aims of ever-closer political union -- a shock victory for the anti-establishment rhetoric of the Brexit campaign that highlights growing populism across the globe.