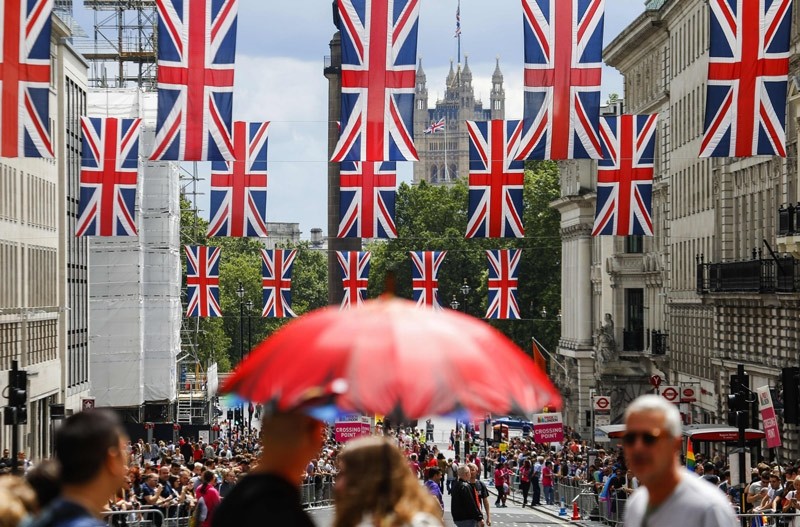 Seven of Corbyn's 30-member shadow cabinet resigned on Sunday and more were expected to follow. Shadow foreign secretary Hilary Benn told the BBC he was sacked late Saturday after telling Corbyn in a phone call that he should resign.

But other politicians told the BBC they did not believe Scotland would find it legally possible to block the legislation.

The passage of legislation could be held up by the Conservatives' need to elect a new leader following Prime Minister David Cameron's resignation on Friday, and by likely opposition in parliament from pro-EU Labour and Conservative lawmakers.

Cameron and Corbyn both shunned the national television debates on the pros and cons of a Brexit.

Like most Conservative and Labour politicians campaigning for Remain, they avoided the debate on migration until the final few weeks of campaigning, when there were already fears that the issue could lose the referendum for Remain.

Labour shadow health secretary Heidi Alexander, who resigned on Sunday, said the country needs an opposition "capable of developing a credible and inspiring alternative to an increasingly right-wing and backward-looking Conservative Party."

"As much as I respect you as a man of principle, I do not believe you have the capacity to shape the answers our country is demanding," Alexander told Corbyn in her resignation letter.

Her resignation followed left-winger Corbyn's sacking of Benn, a centrist who told the Labour leader he had lost confidence in him.

"In a phone call to Jeremy I told him I had lost confidence in his ability to lead the party and he dismissed me," Benn told the BBC.

"There is no confidence to win the next election if Jeremy continues as leader," Benn said.

An online petition for a "vote of confidence in Jeremy Corbyn after Brexit" had more than 180,000 supporters by Sunday.

Two other senior Labour politicians, Ann Coffey and Margaret Hodge, have proposed a vote of no confidence against Corbyn at a meeting on Tuesday.

Labour lawmaker Tristram Hunt, a former shadow cabinet member, said the referendum had "exposed with terrifying clarity tensions within the Labour movement that have built up over the last decade."

Hunt called for Corbyn's resignation in a letter published on Sunday in The Observer, a sister paper of The Guardian, saying his "real crime during the campaign was a failure to insert Labour values about workers' rights and European solidarity into the debate."

Most of Corbyn's Labour critics are centrists in British politics. Many are known as Blairites because of their association with former Labour prime minister Tony Blair and his allies in the party.

Meanwhile a flurry of talks among EU leaders on the terms of Britain's departure from the bloc were set for Monday in Berlin, amid calls from some quarters of the bloc for a quick divorce.

U.S. Secretary of State John Kerry was to meet in Brussels with EU foreign policy chief Federica Mogherini before travelling to London to hold talks with British Foreign Secretary Philip Hammond, a pro-Remain ally of Cameron.