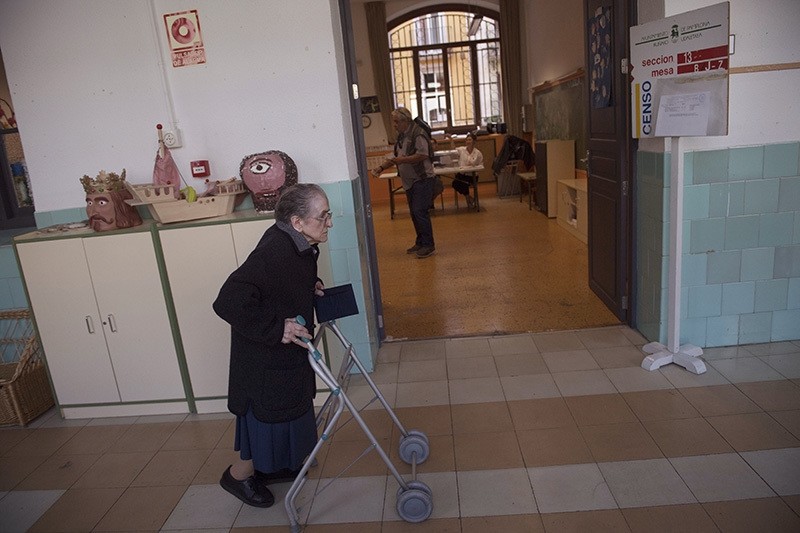 With little more than six months since Spain's last elections, Spaniards are again waking up this Sunday to vote for a national government.

The last time Spaniards voted on Dec. 20, 2015, two new parties, Podemos on the left and Ciudadanos in the center, took a considerable amount of seats away from the two traditional parties, which had been tainted by corruption scandals. The bipartisan system was, for the first time in Spanish democracy, becoming obsolete.

Voter opinion has not changed substantially, according to recent polls, which suggests a Groundhog Day election that will produce a similarly dysfunctional government.

The results of the last election were extremely fractured. Mariano Rajoy's Popular Party won a minority government, followed closely by the Socialist Party, Podemos and Cuidadanos respectively. In order to govern, pacts were necessary, but all attempts failed—the deadline ran out and King Felipe called new elections.

The biggest change since December has been the boost for the leftist anti-austerity Podemos party. After it merged with a smaller far-left party and became Unidos Podemos, it passed the traditional leftist Socialist Party for a predicted second place.

However, the shocking news of the Brexit on Friday has not been accounted for in the latest polls. However the Brexit was not a major issue on the campaign trail as none of the four parties are eurosceptic and all leaders were united in expressing their clear disappointment with Britain's exit.

"It's hard to say but maybe voters will gravitate to more stable options in the case of a Brexit," Salvador Llaudes, researcher at the El Cano think tank, told Anadolu Agency earlier this week.

The Socialists have tried to gain precious last-minute votes by attributing the Brexit to "populism"— a term often used to describe Podemos, and the "irresponsible right-wing".