Race for Britain's Brexit PM heats up, Theresa May builds up support 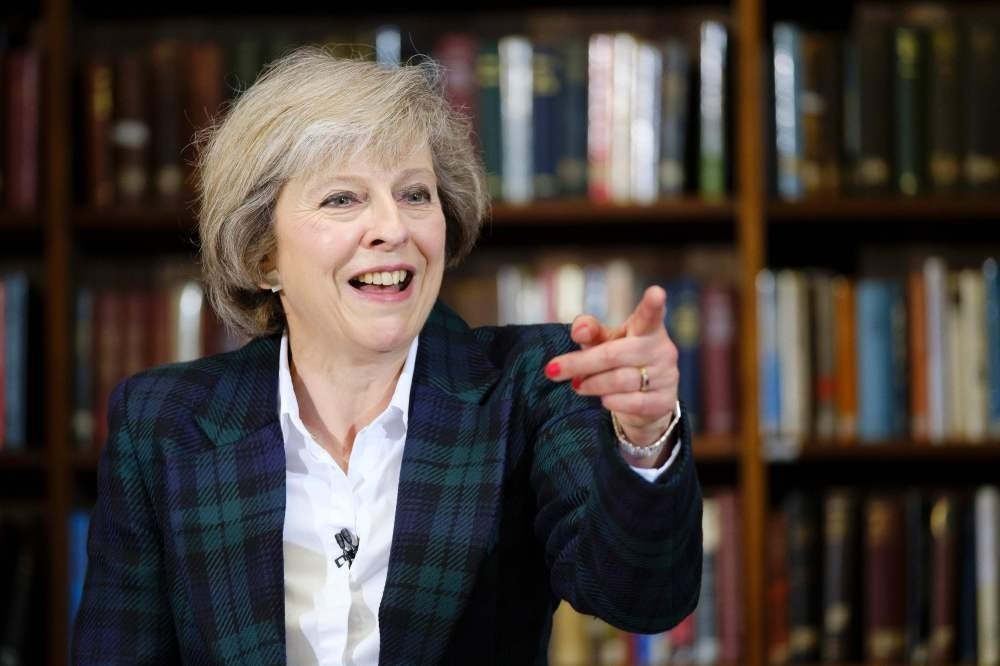 British Interior Minister Theresa May addresses a press conference in central London on June 30.
by Daily Sabah with AFP Jul 02, 2016 12:00 am

Britain's PM race has heated up after the shock withdrawal of Boris Johnson from the race to become prime minister in the wake of the vote to leave the EU. Interior Minister Theresa May is now leading with five candidates vying to replace Cameron

Britain's Interior Minister Theresa May built up support Friday for her campaign to be the prime minister who will lead the country out of the EU following Boris Johnson's shock withdrawal from the race on a day of high political drama.

Dozens of Conservative deputies have backed her bid to take over from David Cameron, who announced his resignation after losing a referendum last week in which 52 percent of Britons voted to quit the EU. Britain has been plunged into extraordinary political turmoil since the vote, with the ruling Conservatives and opposition Labour party in disarray and the country deeply polarized. May supported the "Remain" campaign but has assured "Leave" supporters she will proceed with Brexit although she said she would not begin formal talks with the EU before the end of the year.

The Daily Mail newspaper, widely read among the Conservative grassroots supporters who will ultimately select the new leader, endorsed her with a front-page headline saying: "A party in flames and why it must be Theresa."

EU leaders have called for a swift divorce following last week's seismic vote, fearful of the impact of Britain's uncertain future on economic growth and the potential domino effect in Eurosceptic member states.

May is clear favorite to replace Cameron as Conservative leader and therefore prime minister - a switch that requires no new general election under the British system.

The outcome of the June 23 Brexit vote unleashed the worst chaos in living memory in British politics, with opposition Labour leader Jeremy Corbyn's leadership also under threat and Scotland's government fighting for independence to keep its EU membership.

Justice Minister Michael Gove, a top Brexit campaigner who torpedoed former London mayor Johnson's chances by announcing his own candidacy on Thursday, is seen as May's main rival. "This country voted for change and I am going to deliver it," he said in a speech in which he repeatedly stressed May's support for "Remain." "The best person to lead Britain out of the European Union is someone who argued to get Britain out of the European Union," he said, adding that he would "end free movement" for EU citizens if he becomes leader.

Gove, the intellectual face of the "Leave" campaign to Johnson's charismatic frontman, insisted he would not be rushed into formal talks on leaving the EU, adding: "We will do it when we're good and ready."

Cameron, who called the referendum in what was seen as an effort to see off a challenge from an anti-EU party, has said he will leave it to his successor to start formal exit talks.

Simon Usherwood, senior fellow at the U.K. in a Changing Europe think tank, said the differences of a May or Gove premiership in terms of negotiations with the EU were "likely to be relatively small." The key will be what the EU is prepared to offer, he added.

Asked whether there was a possibility May could row back from the Brexit vote if she becomes leader, he said: "After the past week anything is possible but, realistically, no."

The bitterly divisive campaign also exposed rifts within Labour, where Jeremy Corbyn has been heavily criticized for his lukewarm advocacy of the campaign to stay in the EU. A large majority of Labour deputies have supported a vote of no confidence in Corbyn, a veteran socialist with grassroots support who only became leader last year. But he has defied his center-left critics to insist he will hang on, challenging them to mount a full leadership contest.

The pound crept back up on Friday after the Bank of England hinted it was ready to cut interest rates in the wake of the Brexit vote. Highlighting the uncertainty the "Leave" vote has created for business, low-cost airline easyJet said Friday it was trying to acquire a certificate to operate in a European country "to enable easyJet to fly across Europe as we do today."

The referendum outcome triggered anger among those who wanted to remain in the EU. More than 4 million people have signed a petition calling for a second referendum.

The five Conservative leadership candidates will be whittled down to two by a series of ballots by party deputies in the coming days before being put to a vote of party members. The winner will be announced on Sept. 9.

After the Brexit, fears of a rise of Euroscepticism and anti-establishment parties in Europe have deepened. Support for far-right populist parties across Europe has already been surging especially over fears of a refugee influx fleeing violence and persecution in the Middle East and Africa. French far-right National Front leader Marine Le Pen called for a "Frexit" shortly after the results of Britain's membership referendum were announced. Similarly, Geert Wilders, the leader of the Dutch, anti-Islam, far-right Freedom Party (PVV), called for a "Nexit" and other politicians in Austria, Sweden, Finland, Denmark have also floated similar ideas to leave the EU.
RELATED TOPICS