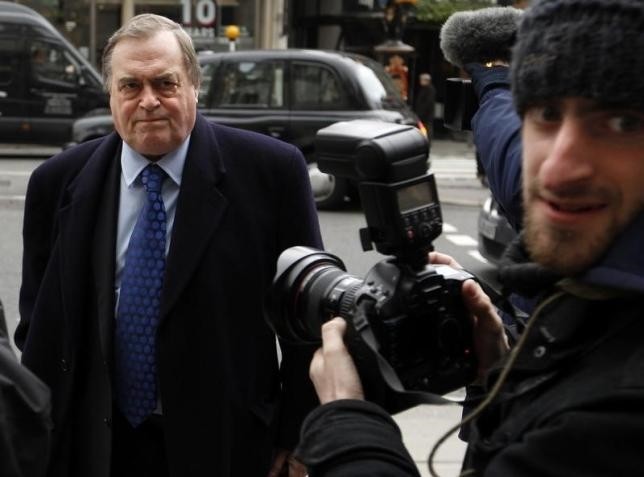 by Jul 10, 2016 12:00 am
Britain broke international law when it invaded Iraq in 2003, its deputy prime minister at the time, John Prescott, said on Sunday in the wake of a critical report on the decision.

A seven-year inquiry concluded on Wednesday that former British Prime Minister Tony Blair's justification, planning and handling of the Iraq War involved a catalogue of failures, but did not rule whether the war was legal.

British lawmaker David Davis said he will bring motion to hold Tony Blair in contempt of Parliament over the 2003 Iraq War.

Eight months before the 2003 invasion, Blair told U.S. President George W. Bush "I will be with you, whatever", eventually sending 45,000 British troops into battle when peace options had not been exhausted, the long-awaited British public inquiry said.

Prescott, writing in the Sunday Mirror newspaper, said he had now changed his view on the legality of the war and criticised Blair for stopping his ministers from fully discussing in advance whether the war would be legal.

"In 2004, the U.N. Secretary-General Kofi Annan said that as regime change was the prime aim of the Iraq War, it was illegal. With great sadness and anger, I now believe him to be right," Prescott wrote.

"I will live with the decision of going to war and its catastrophic consequences for the rest of my life," he added.

Many Britons want Blair to face criminal action over his decision to take military action that led to the deaths of 179 British soldiers and more than 150,000 Iraqi civilians over the following six years.

"The Attorney General, Lord Goldsmith, came to the Cabinet, verbally announced it was legal, but provided no documentation," Prescott said. "The timing of the decision was clearly designed to endorse an almost immediate action for us to go to war."

Prescott added that he backed the decision by Labour Party leader Jeremy Corbyn - a veteran anti-war campaigner and critic of Blair - to apologise for the war on behalf of the party.