Cameron says will resign on Wednesday, Theresa May to be next British PM 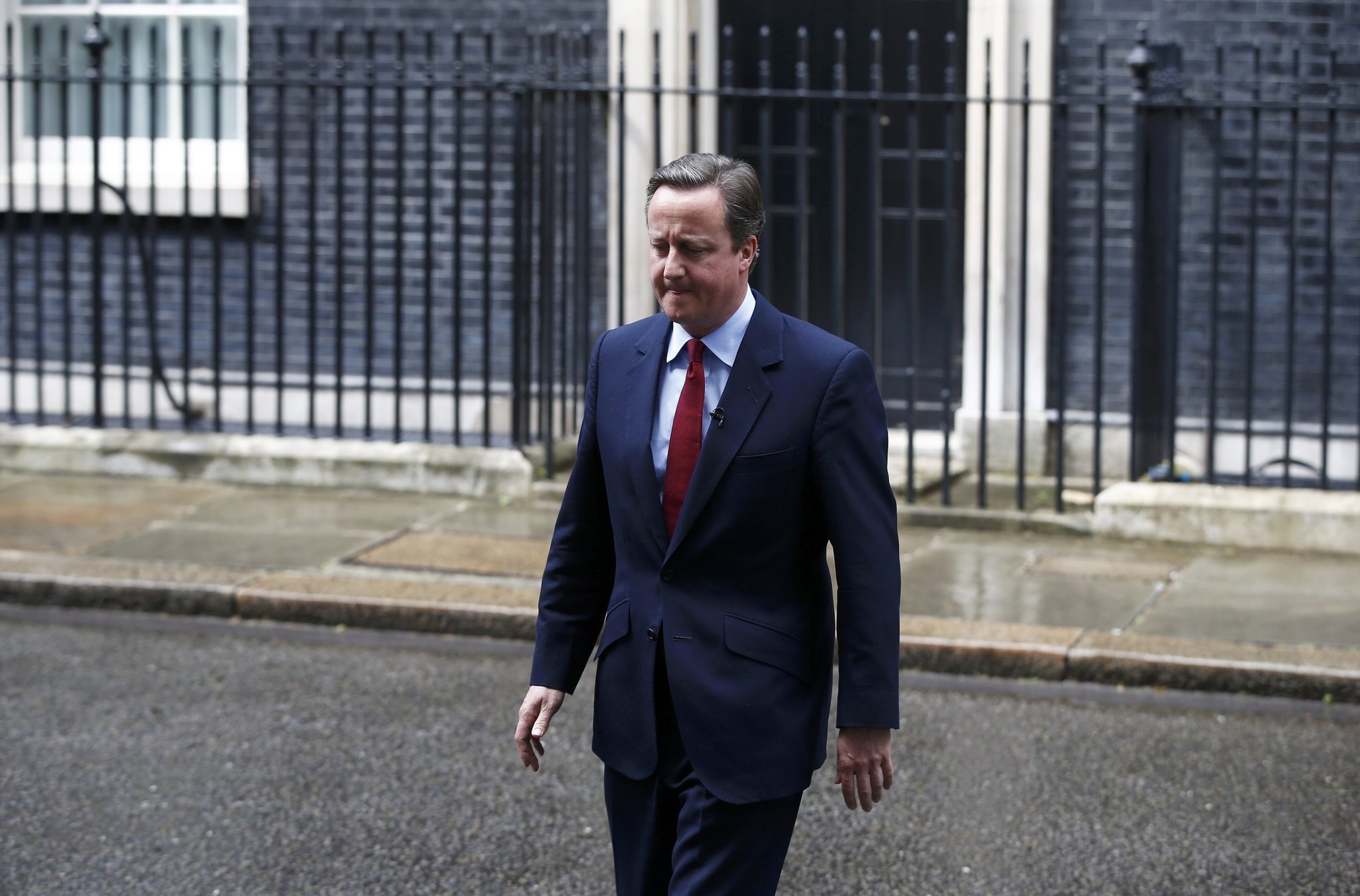 Prime Minister David Cameron says he will step down on Wednesday, making way for Theresa May to succeed him as British leader.

Cameron says it's clear May has "the overwhelming support" of Conservative lawmakers. He says May's rival Andrea Leadsom made the right decision to withdraw from the race, ending the party leadership race.

Cameron says he will attend a final session of Prime Minister's Questions in the House of Commons on Wednesday before going to visit Queen Elizabeth II and tendering his resignation.

The queen has the formal role of appointing the new leader.

On Monday, Energy Minister Andrea Leadsom pulled out of race to become UK Conservative leader, leaving Home Secretary Theresa May as the is only remaining candidate to become Britain's new prime minister.

May favoured the 'Remain' side during last month's referendum campaign. But she repeated her new mantra that "Brexit means Brexit", saying there could be no second referendum and no attempt to rejoin the EU by the back door.

"As prime minister, I will make sure that we leave the European Union," she said.

"The British people were given their opportunity to vote on this... They've given us a very clear message, and I think we respond to that message and we do what the British people have asked us to."

The 52-48 percent vote to quit the EU after 43 years of membership has shaken financial markets because the complex divorce process creates huge uncertainty for business, trade and investment.

It has thrown both Britain's major political parties into upheaval.

Minutes before Leadsom's announcement, opposition Labour lawmaker Angela Eagle said she would challenge Jeremy Corbyn for the leadership of the party.

Corbyn was elected last year with overwhelming support from grassroots Labour activists. He has ignored a vote of no confidence from the party's lawmakers, saying he has a responsibility to carry out that mandate.