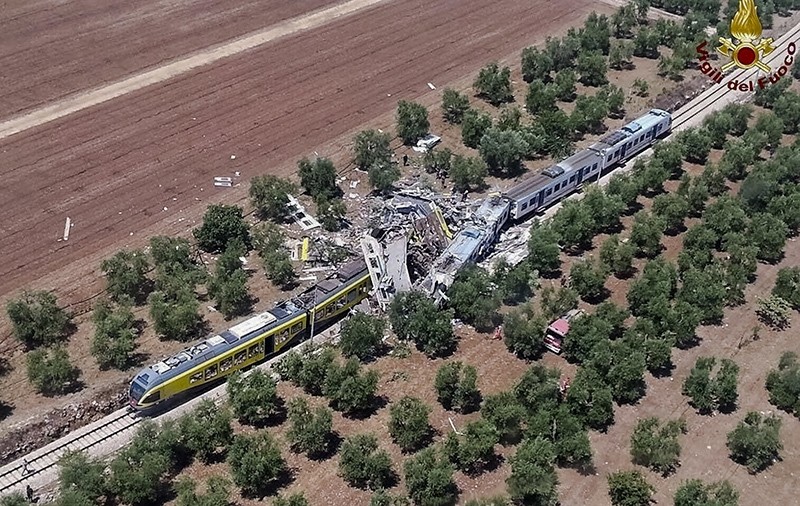 Au00e7u0131klama This aerial handout photo shows what is left of two commuters trains after their head-on collision in the southern region of Puglia, Tuesday, July 12, 2016 (AP Photo)
by Compiled from Wire Services Jul 12, 2016 12:00 am
At least 20 people died and dozens were injured when two passenger trains collided head-on in the southern heel of Italy on Tuesday, a spokesman for the fire service said.

The two trains crashed on a single track between the towns Ruvo di Puglia and Corato in the Puglia region, the report said. 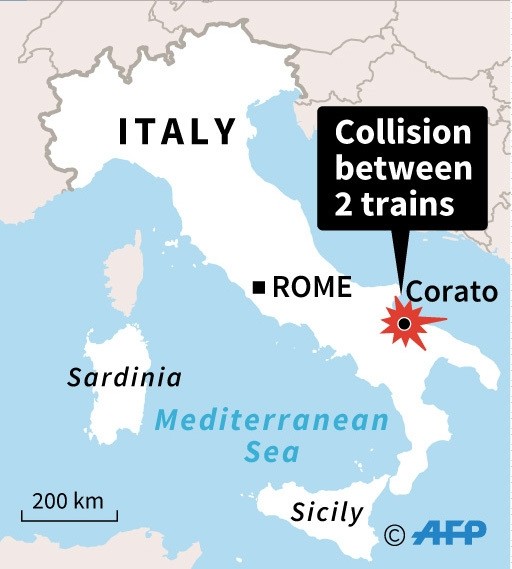 Emergency responders including firefighters and police officers are at the scene of the accident.

An aerial image showed train carriages smashed and crumpled by the force of the impact, with debris spread out amongst olive trees which flanked both sides of the rail line.

"There are 10 dead and dozens injured. We are working with dozens of rescue teams to open up the carriages," said Luca Cari, a fire service spokesman, adding they had saved a child from the wreckage.

"The rescue is complicated because this happened in the middle of the countryside," Cari said. 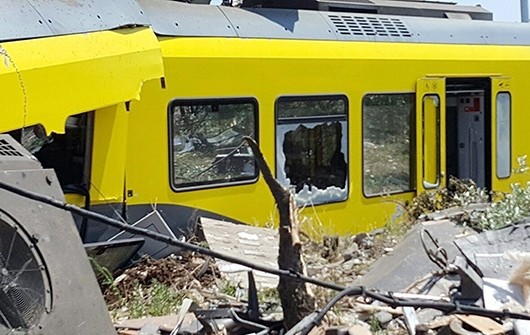 There was no immediate reason given for the collision, which took place at around 11.30 am (0930 GMT) on a hot summer day.

"We won't stop until we get a clear explanation over what happened," Prime Minister Matteo Renzi told reporters, cutting short a visit to Milan in northern Italy.
Last Update: Jul 12, 2016 3:59 pm
RELATED TOPICS