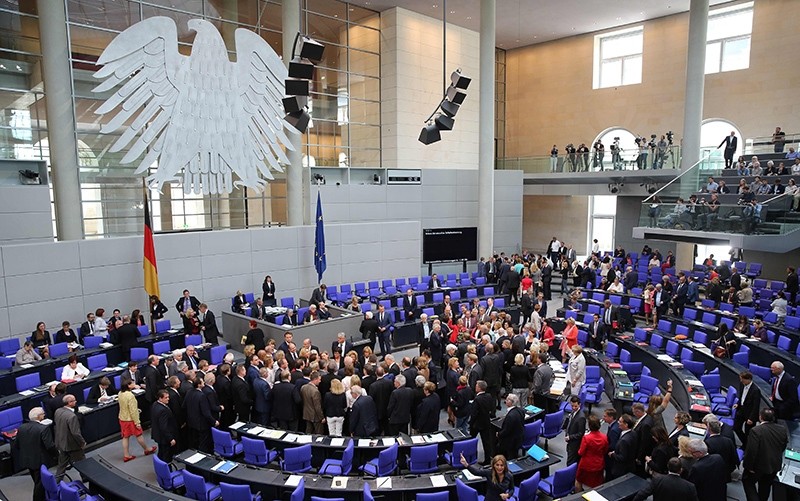 German parliament votes on draft law entitled ,improving the protection of sexual self-determination,, in Berlin, on July 7, 2016 (AFP Photo)
by Jul 13, 2016 12:00 am
Germany is planning to issue an official apology to its former colony Namibia for the genocide in what was then called South-West Africa, the Foreign Ministry in Berlin said Wednesday.

Bilateral talks about a joint government declaration which explicitly refers to the massacres as genocide were due to be concluded before the end of the year, according to the Foreign Ministry.

German President Joachim Gauck is said to be willing to issue the official apology.

The two countries are also to set up an investment programme which would oversee the development of new infrastructure in Namibia, such as a sea water desalination plant.

The German government first referred to the massacres carried out by German troops in South-West Africa as genocide more than a year ago.

The renewed debate comes in the wake of tensions between Germany and Turkey over the former's acknowledgement of the 1915 events as genocide in a parliamentary vote in June.
Last Update: Jul 13, 2016 5:22 pm
RELATED TOPICS