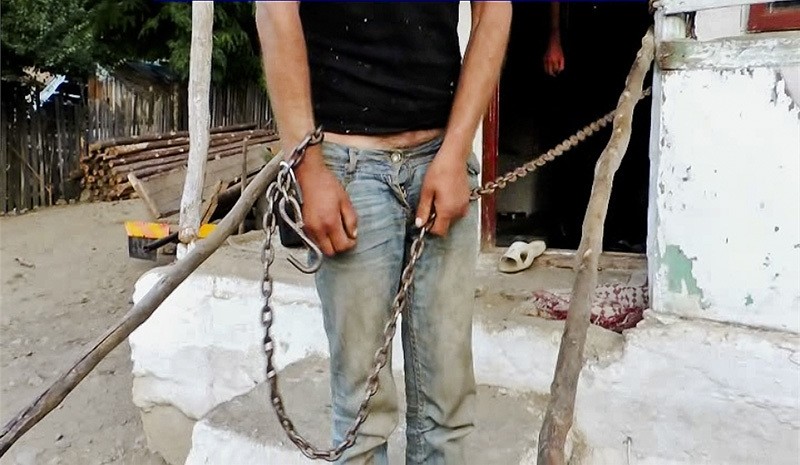 In this Wednesday, July 13, 2016 image taken from a Romanian Police handout video a chained man stands in the doorway of a house in the village of Berevoiesti, Romania (AP Photo)
by Associated Press Jul 14, 2016 12:00 am

Authorities in Romania have formally detained 38 people on suspicion they took dozens of vulnerable men and boys as slaves, kidnapped them and chained them up, and forced them to work or fight each other for entertainment.

Organized crime prosecutors said Thursday suspects were questioned through the night after a raid Wednesday in a rural mountain town on the homes of suspects — members of an extended Roma family.

The investigation involves some 90 suspects who authorities say exploited around 65 people with physical and mental disabilities or who were very poor, making them log wood, beg or look after animals.