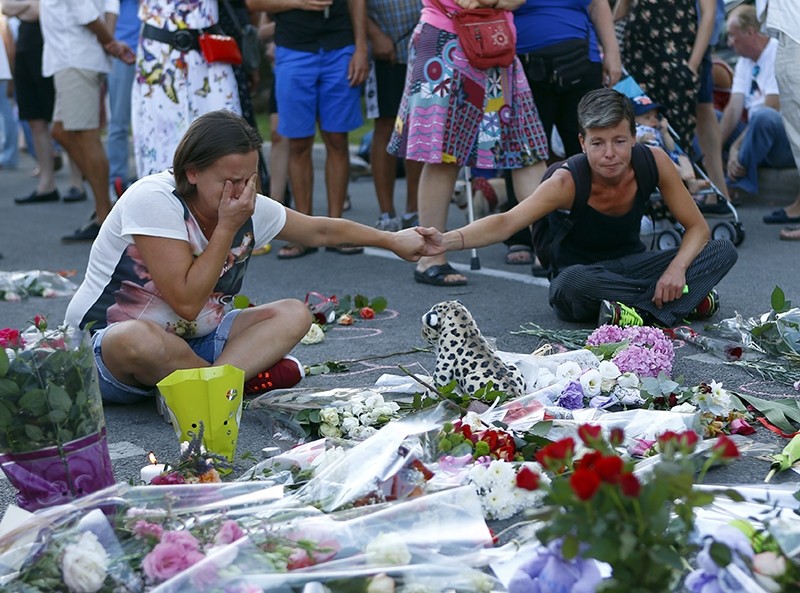 Daesh claimed responsibility on Saturday for the truck attack that killed at least 84 people celebrating Bastille Day in the French city of Nice and police arrested three more people there in connection with the seafront carnage.

"The person who carried out the operation in Nice, France, to run down people was one of the soldiers of Islamic State," the Amaq news agency affiliated with the militant group said on its Telegram account, using a different acronym for Daesh.

"He carried out the operation in response to calls to target nationals of states that are part of the coalition fighting [Daesh]."

French authorities have yet to produce any evidence that the 31 year-old Tunisian killer, shot dead by police in the attack, had turned to radicalism. Nevertheless, Interior Minister Bernard Cazeneuve said after the claim that a transformation may have happened fast.

"It seems that he was radicalized very quickly -- in any case these are the elements that have come up from the testimony of the people around him," Cazeneuve told reporters.

Speaking from his home town in Tunisia, Bouhlel's sister told Reuters he had been having psychological problems when he left for France in 2005.

Other relatives and friends interviewed in Nice doubted he had militant leanings.

Saturday's arrests, which came on top of two others since the killing, including the attacker's wife, concerned his "close entourage", police sources said.

Bouhlel had been in France for 10 years and lived locally.

He drove at the crowd in the Riviera city on Thursday night, zig-zagging along the seafront Promenade des Anglais for two kilometers as a fireworks display marking the French national day ended, until police eventually shot him dead.

The attack plunged France into new grief and fear just eight months after gunmen killed 130 people in Paris. Assaults in January 2015 on satirical newspaper Charlie Hebdo and a Jewish supermarket were also claimed by Daesh, which controls swathes of Iraq and Syria but is now under military pressure from forces opposed to it.

A state of emergency in place since the Paris killings last November is to be extended for another three months.

Bouhlel was known to police for petty crimes but was not on a watch list of suspected militants. He had one criminal conviction for road rage, having been sentenced to probation three months ago for throwing a wooden pallet at another driver.

Edwin Bakker, Professor at the Centre for Terrorism and Counterterrorism at the University of Leiden in the Netherlands, said Daesh's claim did not necessarily point to any formal link.

"Daesh called for such (individual) attacks to be carried out back in 2014. They are also using the public perception that an attack like this seems to fit Daeshe.

"Investigators still have not discovered a direct link between Daesh and the attacker, so it is a cheap claim," he said.

In Nice, where the holiday season would normally be in full swing, organizers of the annual Jazz festival joined the singer Rihanna in cancelling their event. A five-day annual festival that has run since 1948 had been due to start on Saturday.

Nice's beaches -- which are usually packed in mid-July, were noticeably less busy.

Tearful well-wishers were still laying flowers, candles, teddy bears and drawings at a makeshift memorial on the Promenade des Anglais.

"Nothing will ever be like before ... Nissa ma belle," read one, a reference to the hymn 'Nissa la Bella', or Nice the Beautiful, sung in the local Nicois dialect.

"Enough of the carnage. Stop the massacre," read another.

Tora Hakausson, from Norway, owns a flat in Nice, and was dining in a beach restaurant when the attack took place.

"We don't want to go home. Life has to remain normal. I don't want this to change how we feel about France," she said as she wiped away a tear from under her sunglasses.

"Anger is the main emotion today," said Maiche Arlette, a resident of the city. "For two and a half years now we have suffered from these attacks ...

"Our society has gone mad."