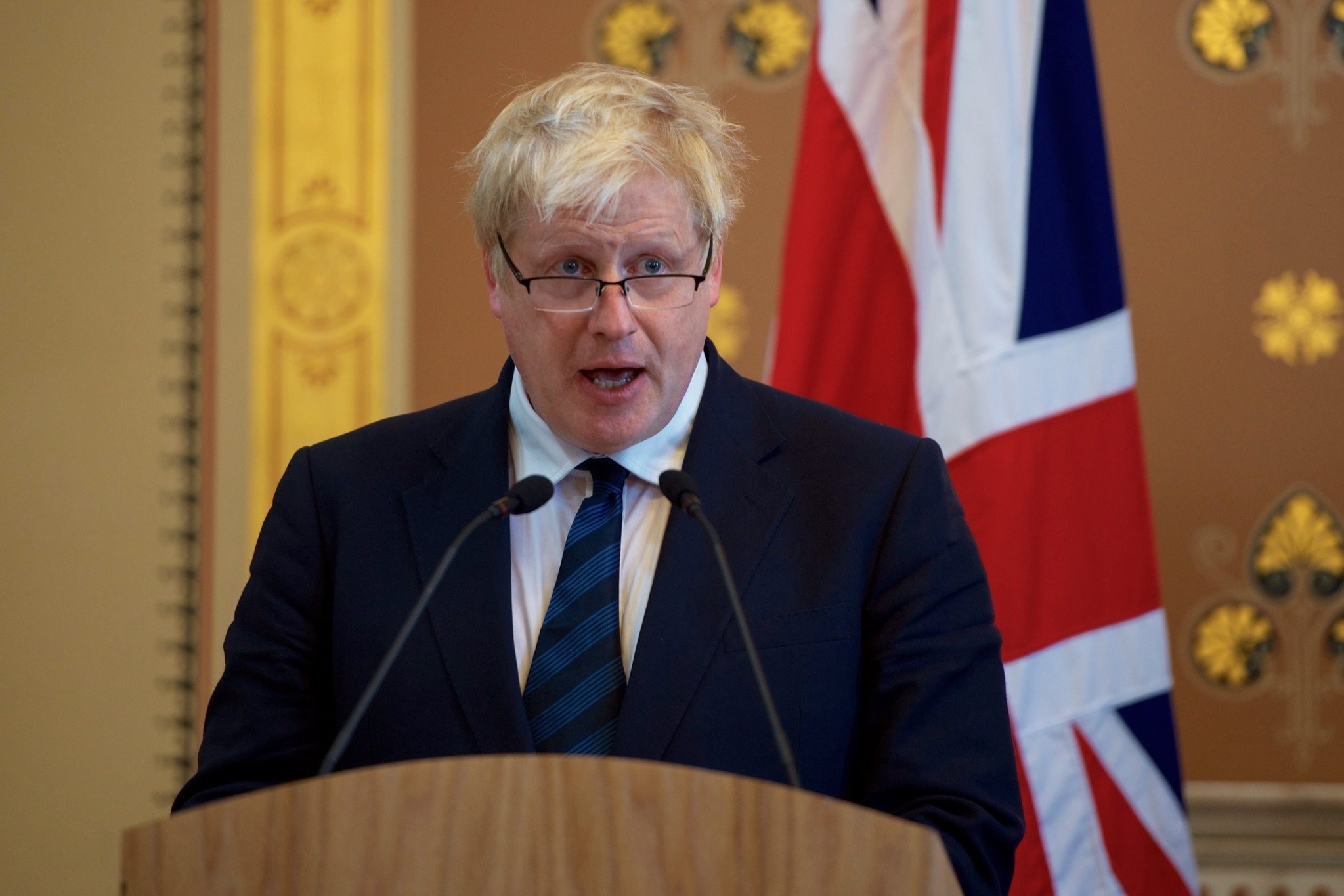 A handout photo provided by the US Department of State shows British Foreign Secretary Boris Johnson holding a joint press conference with US Secretary of State John Kerry. (EPA Photo)
by Jul 19, 2016 12:00 am

British Foreign Secretary Boris Johnson said on Tuesday it would take far too long for him to apologise for the "rich thesaurus" of rude comments and insults he has directed at world leaders and others over the years.

Johnson, a former journalist with a talent for trenchant comments that his critics say sometimes tip over into untruth, said his utterances over a three-decade career had often been "misconstrued".

Appointed foreign secretary, to widespread surprise, in a government reshuffle following Britain's vote to leave the European Union last month, Johnson first made his name in the early 1990s as a foreign correspondent in Brussels writing highly coloured stories about the EU.

Since then he has continued to court controversy, for example accusing U.S. President Barack Obama of nurturing an ancestral dislike for the British empire. He also wrote an obscene limerick about President Tayyip Erdoğan.

In the run-up to the referendum, he fronted the campaign to leave the EU, lending support to claims on government spending and immigration that critics said were at best misleading.

Appearing at a London news conference with U.S. Secretary of State John Kerry, Johnson was asked if he was going to apologise for his disobliging remarks about world leaders.

"We can spend an awfully long time going over lots of stuff that I've written over the last 30 years ... all of which in my view has been taken out of context, but never mind, some serious issues call us today," Johnson said.

He was then asked if he wanted to retract his comments about Obama, or whether they were an indication of the kind of diplomacy he intended to practise in his new job.

"I'm afraid that there is such a rich thesaurus now of things that I have said that have been one way or another, through what alchemy I do not know, somehow misconstrued that it would really take me too long to engage in a fully global itinerary of apology to all concerned," Johnson responded.

He stuck to his guns, even when accused by another reporter of having a long history of exaggerations and "frankly outright lies".

"Let me just repeat my point, which is that I think people are more than welcome to rake over stuff I've written over many, many years but I think (the) most important thing is to get on with the very heavy agenda we have before us today, and to try and sort out, if we can, some of the intensifying problems we are seeing particularly in Syria."

Johnson was clearly not surprised by the questioning on his past remarks from the British and U.S. media. He tried to brush off the first couple of questions with a prepared answer but became more irritated.

He did get a break from Kerry, who said the U.S. ambassador in Brussels had referred to Johnson as a "very smart and capable man". Kerry added: "That's the Boris Johnson I intend to work with."

"I can live with that," said a rather sheepish-looking Johnson, prompting Kerry to reply: "It's called diplomacy Boris."