French PM warns there will be more deadly attacks 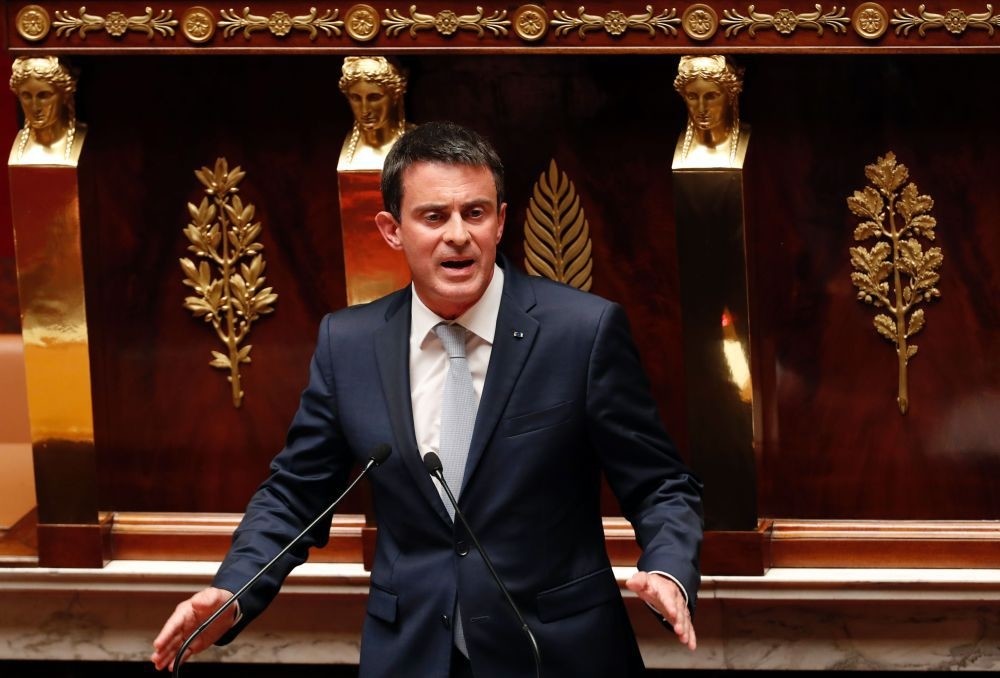 French Prime Minister Valls speaks during a debate aiming at extending the countryu2019s state of emergency for a fourth time at the French National Assembly in Paris on July 19.
by Jul 21, 2016 12:00 am
French Prime Minister Manuel Valls warned on Tuesday that the country must be prepared for more deadly attacks and will have to "learn to live with the threat." His warning came after President Francois Hollande said he was willing to extend France's state of emergency for another six months following the Bastille Day massacre in Nice in which 84 people were killed. "Even if these words are hard to say, it's my duty to do so: There will be other attacks, and there will be other innocent people killed," Valls told French lawmakers.

"We must not become accustomed to, but learn to live with, this threat," the prime minister added. Valls also said suspected extremist Reda Kriket, arrested near Paris in March with an arsenal of weapons, had "surely" been planning to target the Euro 2016 football tournament in France, which wrapped up without an attack just over a week ago.

The Paris prosecutor's office said Tuesday that all the victims of the Nice massacre had finally been identified. Around 30 were Muslims, said an official from a regional representative body, and almost half were foreigners. Five days after the attack, 70 people remain hospitalized, 19 in critical condition.

The remains of three Tunisians, including a four-year-old boy, killed in Nice were flown home on Tuesday.

Hollande, speaking during a visit to Portugal on Tuesday, urged the whole of Europe to make defense an absolute priority. "We are up against challenges, and that of terrorism is without doubt one of the largest ones," the French leader said.

The attack has hit tourism hard on the Cote d'Azur, where Nice – France's second most-visited city after Paris – is situated. The aftershocks are being felt in the capital also, where the director of the luxury Plaza Athenee hotel told AFP the phone had been "ringing off the hook with cancellations for July, August and September." Unlike the perpetrators of the Paris attacks, Bouhlel, a petty criminal with a history of violence and depression, did not travel to the Middle East for training. But he had a history of violence with a doctor he consulted in Tunisia as a youth diagnosing psychotic tendencies. In March, Bouhlel received a suspended sentence for armed assault after beating a driver with a nail-studded plank in an episode of road rage. He showed no interest in religion until recently, Molins said, with acquaintances telling people he "ate pork, drank alcohol, took drugs and had an unbridled sexual activity." Interior Minister Bernard Cazeneuve says the government has bolstered security notably by sending thousands of troops into the streets. But "there is no zero risk," he warned.
Last Update: Jul 21, 2016 1:02 am
RELATED TOPICS