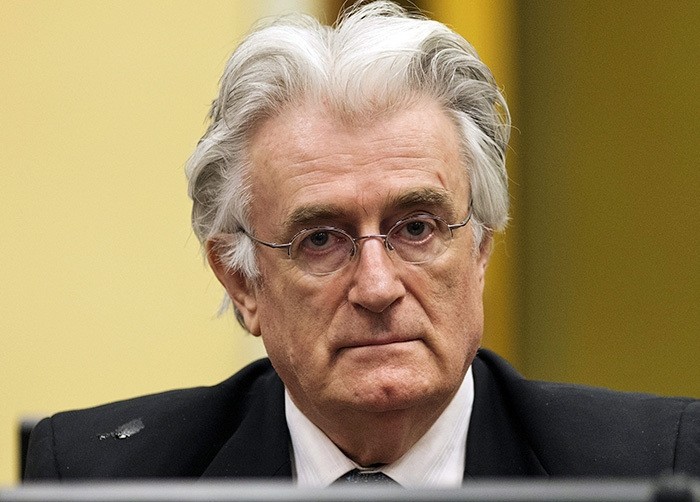 The former Bosnian Serb leader Radovan Karadzic has appealed his conviction for genocide and crimes against humanity, saying the international war crimes court that convicted him had not given him a fair trial.

In a court filing published on Friday, Karadzic said his 40-year prison sentence should be overturned or he should be given a new trial, claiming the International Criminal Tribunal for the Former Yugoslavia was biased against him.

In March, the tribunal convicted Karadzic, 71, of crimes committed during the break-up of Yugoslavia in the 1990s. Among the offences was the killing of 8,000 Muslim men and boys at Srebrenica.

Judges at Tribunal in The Hague had shown a "double standard" in granting prosecution requests while denying his, Karadzic wrote, adding that judges had been guided by "inferences" rather than "solid evidence."

"Nowhere was this error more pronounced than in its finding, based upon its interpretation of a cryptic intercepted conversation, that President Karadzic shared the intent to kill the prisoners from Srebrenica and was therefore guilty of genocide," he wrote.

Karadzic is the highest-ranking person convicted for the crimes during the bloody conflict in multi-ethnic Bosnia, during which Serb, Croat and Muslim Bosniak fighters fought to carve out ethnically pure statelets by purging other ethnicities.

The conflict was part of a series of wars that accompanied the breakup of federal Yugoslavia into seven successor states. The conflict shocked the world and cost some 130,000 lives.

The International Criminal Tribunal is controversial in much of the Balkans, with many Serbs believing the European Union-backed court is biased against them, a point stressed by Karadzic's legal adviser.

"President Karadzic genuinely hoped that his trial would be an exemplary process," Peter Robinson wrote in a statement. "Instead, he was subjected to a political trial that was simply designed to confirm the demonization of him and the Bosnian Serb people."

The trials are winding down, with the case against Bosnian Serb General Ratko Mladic also nearing completion. Its highest-profile suspect, Serbian President Slobodan Milosevic, died in custody at the court in 2006 before judges could hand down a verdict.