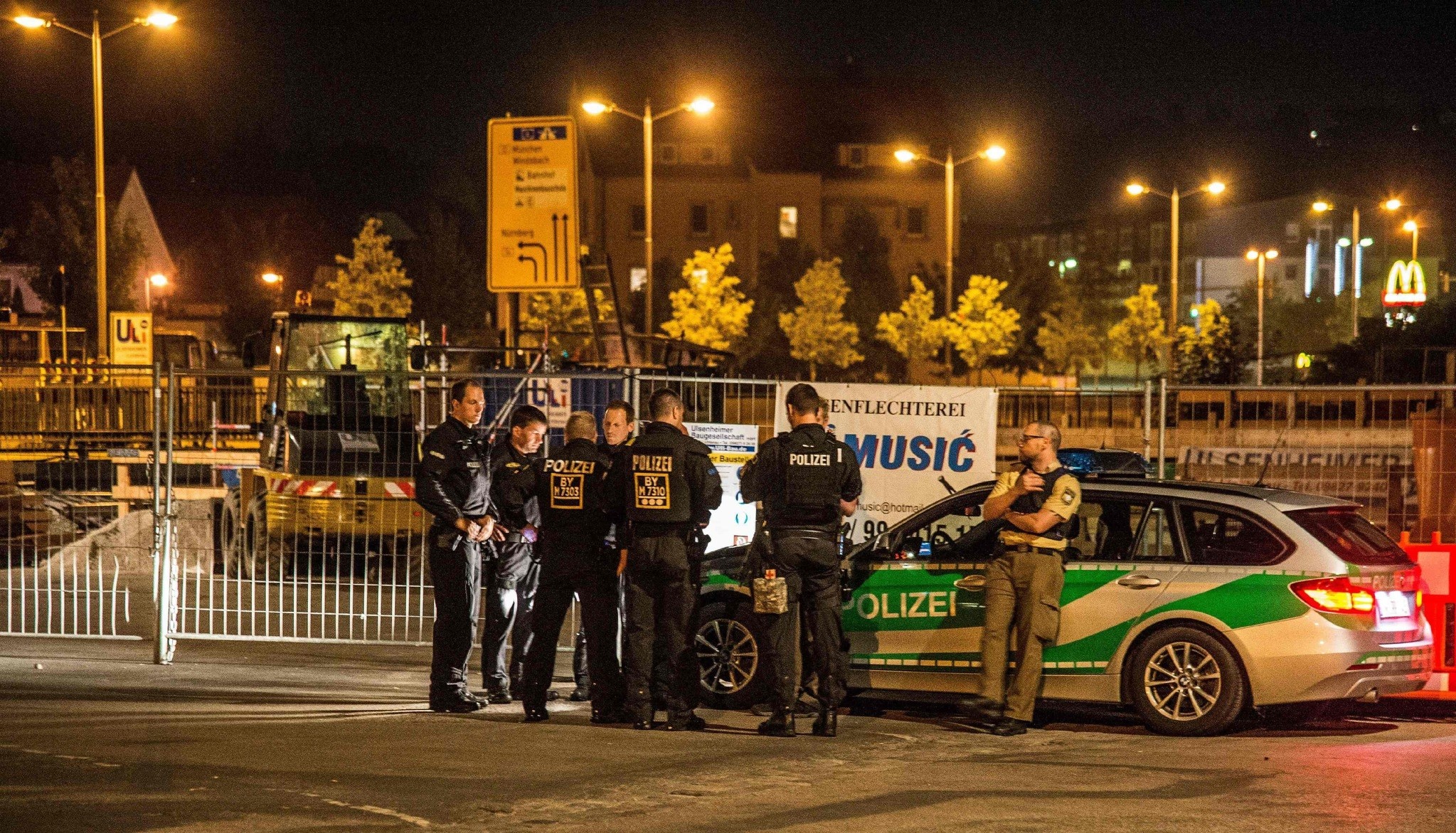 A Daesh fighter carried out the suicide bombing that wounded a dozen people outside a music festival in the German town of Ansbach, the group's Amaq news agency said on Monday.

"He carried out the operation in response to calls to target countries of the coalition that fights Islamic State," it said,using another acronym for the Daesh terrorist organization.

The terrorist set off a bomb near a music festival in southern Germany, killing himself and wounding a dozen others in the third attack to hit the region in a week, authorities said Monday.

The 27-year-old had spent time in a psychiatric facility, but the authorities said a 'terror attack' motive seemed "likely" for the attack in the city of Ansbach Sunday night.

Germany is reeling after nine people died in a shopping centre shooting rampage in Munich on Friday and four people were wounded in an axe attack on a train in Wuerzburg on July 18.

"The government is shocked by the events at the weekend," deputy government spokeswoman Ulrike Demmer said on Monday.

All three assaults were in Bavaria, a gateway for tens of thousands of refugees under Chancellor Angela Merkel's liberal asylum policy.

Police said the man intended to target the open-air festival but was turned away as he did not have a ticket, and detonated the device outside a nearby cafe.

The perpetrator was killed in the blast, police said in a statement, and a spokeswoman said 12 people were wounded, three of them seriously.

"My personal view is that it is very likely that this was a real Islamist suicide attack," Bavarian Interior Minister Joachim Herrmann said.

Herrmann warned that due to the heightened security fears, it was likely that "the right to asylum would be undermined" by the events of the past week.

Sunday's explosion happened in the centre of the city of Ansbach, not far from where more than 2,500 people had gathered for the concert, at around 10 pm (2000 GMT).

Police on Monday were searching a local refugee home, but a spokesman declined to say whether it was where the assailant had lived.

Ansbach deputy police chief Roman Fertinger said there were "indications" pieces of metal had been added to the explosive device.

Herrmann said the attacker, who came to Germany two years ago but had his asylum claim rejected after a year, had tried to kill himself twice in the past and had spent time in a psychiatric clinic.

The assailant, who lived in Ansbach, was already known to police, in particular for an offence linked to drugs, Herrmann also told news agency DPA.

However a social worker who knew him, Reinhold Eschenbacher, described him as "friendly, inconspicuous and nice" when he came to his office pick up his welfare benefits.

Stephan Mayer, a deputy from Merkel's conservative bloc, insisted that it was "completely wrong to blame Angela Merkel and her refugee policy" for the rash of violence.

But Mayer told the BBC that the 1.1 million migrants and refugees Germany let in last year represent a "big challenge" for law enforcement, even as the influx has dwindled in recent months.

"We were not able to register and control all the migrants that crossed the German border," said Mayer, interior affairs spokesman for the Christian Social Union (CSU), the Bavarian sister party of Merkel's Christian Democrats.

Europe has been on edge for months after a string of deadly attacks claimed by Daesh, including bombings in Brussels and carnage at Bastille Day celebrations in the southern French city of Nice.

The teen who had German and Iranian nationality, was obsessed with mass killings and spent a year preparing for the shooting spree, police said.

At least 35 people were also wounded during Sonboly's attack, which began at a McDonald's outlet and ended with him turning his 9mm Glock pistol on himself.

Investigators have ruled out any link with IS jihadists, although he appeared to have planned the assault with chilling precision for a year.

Police have also arrested a 16-year-old Afghan friend in connection with the shooting.

Hundreds of people, many of them in tears, gathered on Sunday outside the Munich shopping centre where the attack took place to pay tribute to the victims.

Already steeped in grief and shock, Germans were further rattled by news that a Syrian refugee had killed a 45-year-old Polish woman with a large kebab knife in the southwestern city of Reutlingen.

Police, who had initially said the murder weapon was a machete, added that Sunday's incident in which three others were injured did not bear the hallmarks of a "terrorist attack".

"When a man and woman have an argument, we assume that we are dealing with a crime of passion," a local police spokeswoman told DPA.

Three people were also injured in the attack, which ended when the 21-year-old assailant was deliberately struck by a BMW driver trying to stop the man.