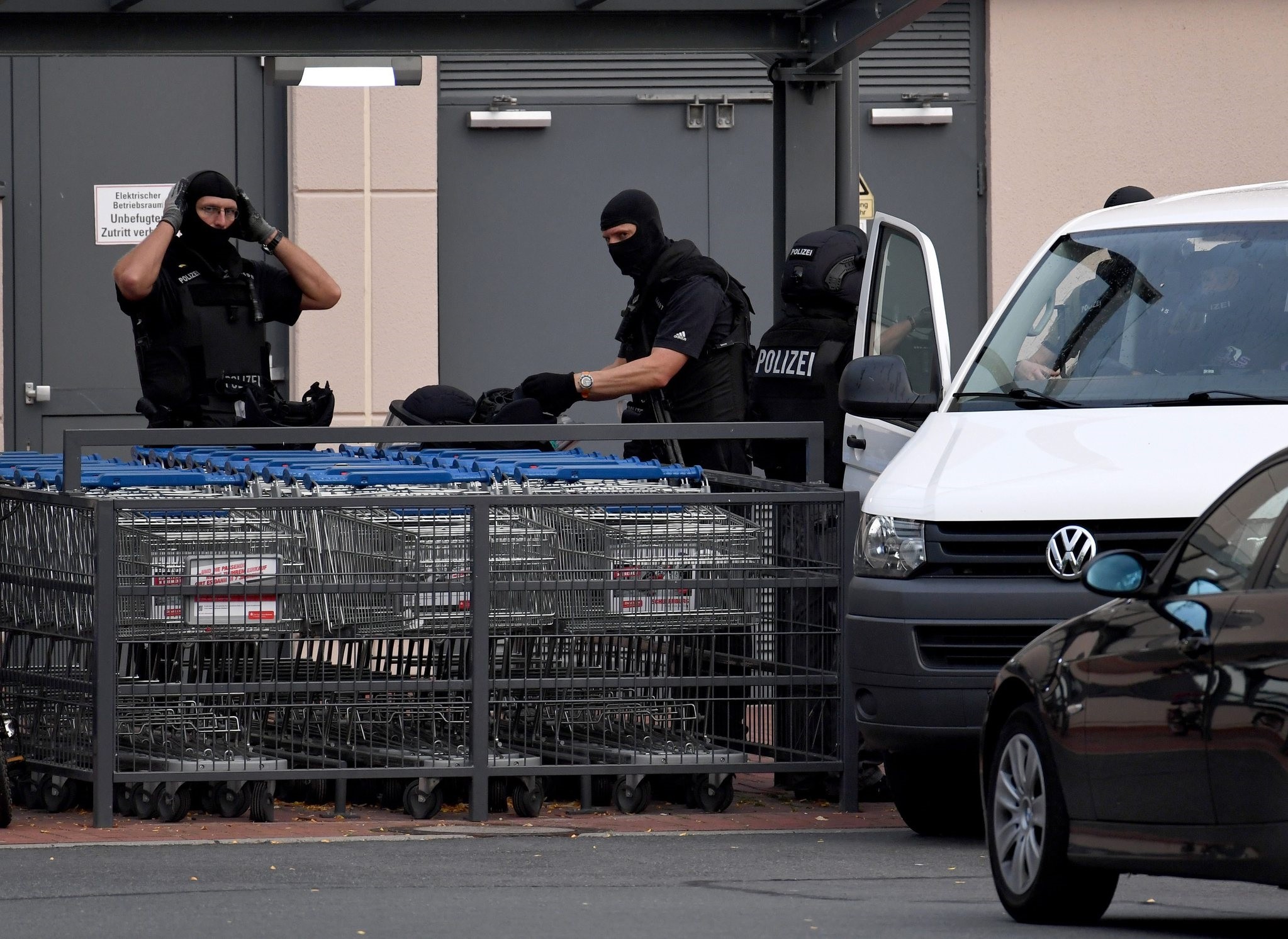 Police officers outside the 'Weserpark' shopping center in Bremen, Germany, 27 July 2016. (EPA Photo)
by Daily Sabah with Reuters Jul 27, 2016 12:00 am
Authorities evacuated a shopping centre in Bremen, Germany on Wednesday evening as police hunted for a 19-year-old suspect who fled a psychiatric facility and was believed to have links to terrorist organizations, the Bild newspaper reported.

The newspaper, citing police sources, said the man had behaved suspiciously in the mall, but gave no details. It said authorities were describing the evacuation as an "anti-terrorism operation".

A police spokesman confirmed that a police operation was under way in the area but gave no details.
Last Update: Jul 28, 2016 12:05 pm
RELATED TOPICS