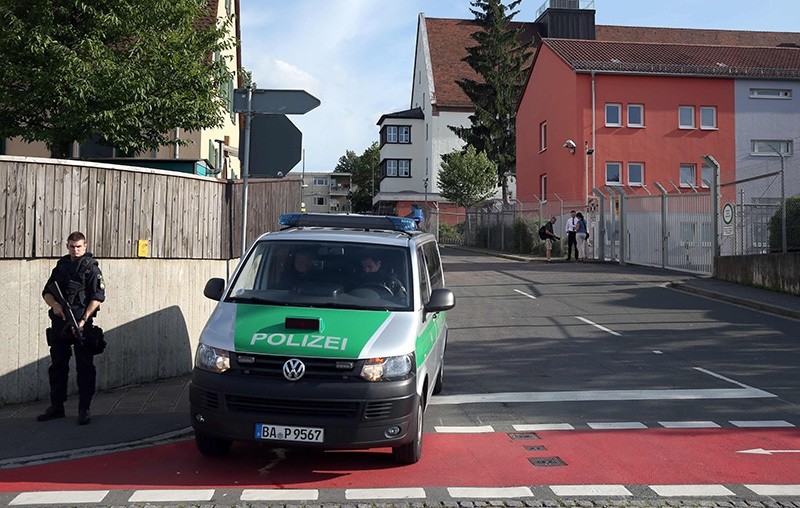 A pliceman stands near a migrant reception centre on July 27, 2016 in Zirndorf, southern Germany, following an explosion of a suitcase (AFP Photo)
by Compiled from Wire Services Jul 27, 2016 12:00 am

An explosion went off close to an office for migration in the town of Zirndorf near Nuremberg on Wednesday, German broadcaster Bayerischer Rundfunk reported, adding that it was not yet known whether there were any casualties.

The broadcaster said on its website that a suitcase filled with aerosols was detonated, adding that it was unknown who had caused the explosion.

There was no word on any injuries.

Both were seen by witnesses pulling suitcases with them.

The area is in northern Bavaria, which has seen two attacks claimed by the Daesh group in the past 10 days.