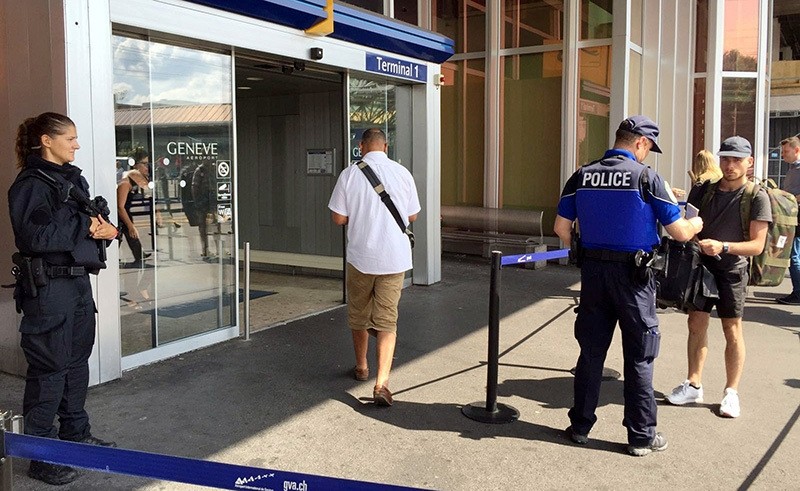 Swiss police officers conduct checks on passengers at the entrance of the Cointrin airport in Geneva, Switzerland July 27, 2016 (Reuters Photo)
by Jul 27, 2016 12:00 am
A woman triggered a false bomb alert at the airport in Geneva because she wanted to prevent her husband from flying away, Swiss prosecutors said on Wednesday.

The woman called the airport's customs office Tuesday night and said that a person with an explosive would be at the airport the next day.

Investigators traced the call to a home in Annecy, a nearby town across the border in France.

When French police raided the home, they found "a woman who admitted to placing the call, and who explained that she had wanted to prevent her husband's departure," according to a statement from the prosecutor's office in Geneva.

Before the incident was cleared up, Geneva police were conducting strict identity checks on airport passengers. Heavily armed officers were deployed, and several entry points were closed, the news portal 20 Minuten reported.

Officials didn't say where the man was flying. Criminal proceedings against the woman have been started in Switzerland and France.
Last Update: Jul 27, 2016 5:47 pm
RELATED TOPICS