EU is falling in love with itself but its time for a new vision, says Slovak PM 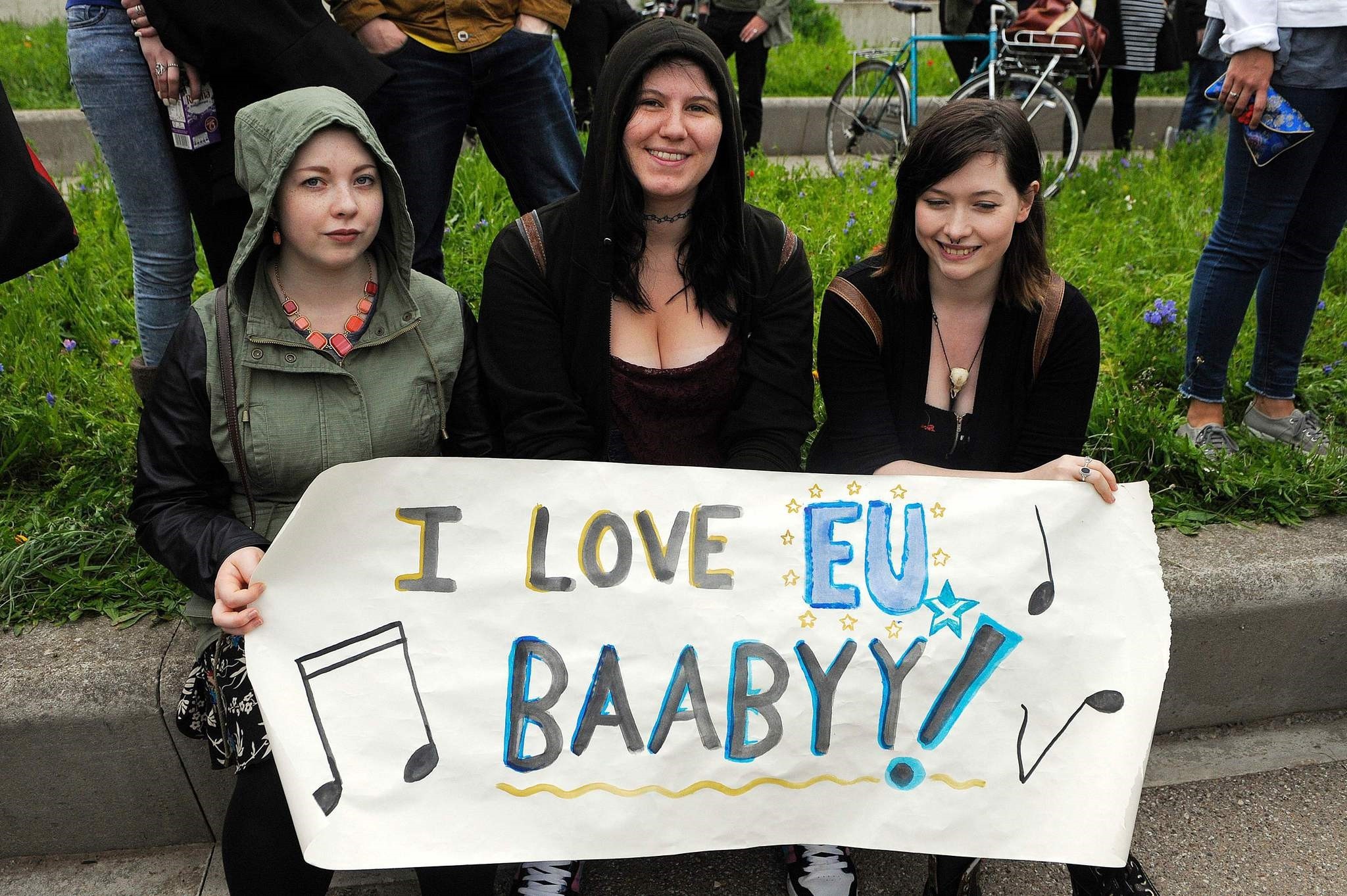 Demonstrators hold a placard saying ,I Love EU Baabyy!, ahead of a debate on the EU Referendum result and the implications for Scotland, in Edinburgh, Scotland on June 28, 2016. (AFP Photo)
by reuters Jul 28, 2016 12:00 am

The European Union seems to be falling in love with itself and needs to use the time before Britain formally starts divorce proceedings to create a new vision of Europe, Slovak Prime Minister Robert Fico said on Thursday.

Britain's shock vote to leave the EU in June has led to calls for reforms in the bloc to connect it better to its people after disillusionment has risen after years of economic weakness and an influx of refugees.

"I have always said ... the EU seems to be falling in love with itself," Fico said at a news conference with British Prime Minister Theresa May.

"We wanted to be the best in the world. But it seems many regions in world are far ahead of us. Let's use Brexit as a good occasion to reevaluate this."

May repeated her assertion that Britain would not trigger Article 50, the formal mechanism for leaving the EU, to begin exit talks before the end of the year, and Fico, whose country holds the EU's rotating presidency, said the bloc should use this time to reconsider its global role.

"We simply have to author a new vision for our people otherwise we will see further fragmentation and destabilisation of European political systems," Fico said after a meeting with May in Bratislava.