6 injured after man in Switzerland sets train on fire, attacks with knife 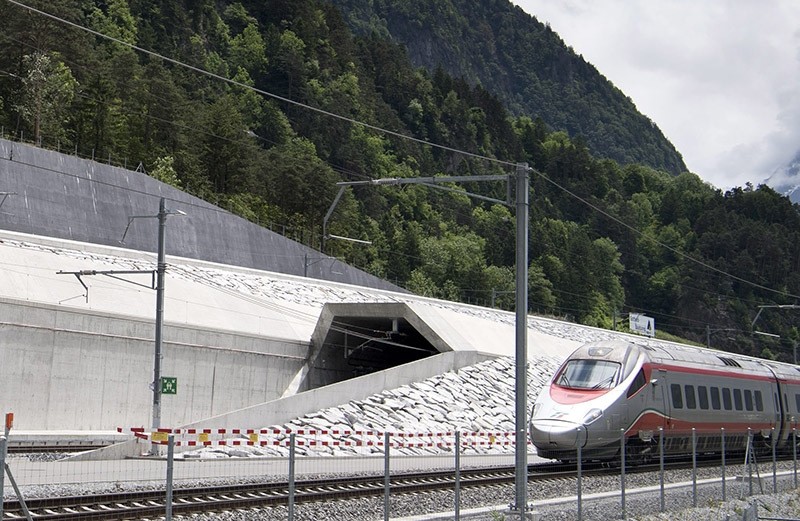 A train passes in front of the northern entrance of the Gotthard Base Tunnel on the eve of its inauguration, in Erstfeld, Canton of Uri, Switzerland, 31 May 2016 (EPA Photo)
by Compiled from Wire Services Aug 13, 2016 12:00 am

The man, a 27-year-old Swiss citizen, carried out the attack on a train travelling in Switzerland's far east, along its border with Liechtenstein, and was also injured, regional police in St Gallen said in a statement, AFP reported.

It said the injured were taken to various hospitals with burn and stab wounds, and that the assailant was also injured in the incident and transported to hospital. The attack occurred at 2:20 p.m. (1220 GMT) on a train travelling between Buchs and Sennwald in the canton of St. Gallen, the police statement said.

Contacted by AFP, police said the motive for the attack was unknown.

The victims included two men aged 17 and 50, and three women aged 17, 34 and 43. Dozens of people were on the train at the time of the attack, the police statement said.

A massive contingent of rescue workers rushed to the scene, including police, firefighters, ambulances and three rescue helicopters.

The Salez station remains closed, and police said replacement buses had been set up.

Saint Gallen prosecutors have opened a criminal investigation into the attack.