132 refugees in child marriages get approval in Sweden 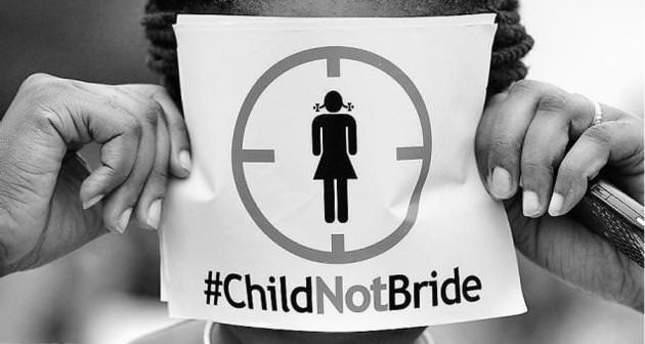 The plaintiffs say that child marriage is a form of child abuse and traps a child in a life of poverty and suffering. (AP Photo)
by Anadolu Agency Aug 18, 2016 12:00 am

One hundred and thirty-two refugees in child marriages who came to Sweden in 2015 got the seal of approval from the national tax office, in violation of the law setting the minimum marriageable age at 18, according to a local auditor responsible for children's rights.

"The tax office should not give approval for these children [marriages]. We warned the tax office," auditor Ola Nilsson told Anadolu Agency on Thursday, adding that the Swedish Social Child Office tried to put refugees who entered into child marriages under protection.

Nilsson said that they found a total of 132 married refugees under 18 years old in 80 municipalities, adding that the couples had presented marriage documents from their countries of origin.

On a separate note, Swedish media reported that several orphaned refugee children staying in shelters in Sweden are suspected of being forced to sell sex.

According to the reports, Police Commissar Mattias Sigfridsson from the southern county of Scania (Skane) said that they have sped up investigation of the claims.

Sydsvenskan daily reported on Aug. 9 that as many as 15 children would disappear from their rooms in a shelter at night and return in the morning with valuables, including money and luxury gold watches.

Aftonbladet daily also reported that unattended refugee children were suspected of being sexually exploited in the coastal town of Malmo, Scania, adding that many cases have been filed to the police without leading to convictions.

Southern Skane municipality found 32 cases of refugee children who were allegedly exploited for prostitution, according to Sydsvenskan. The cases were discovered by personnel working in shelters, the Swedish Migration Board, and social services.