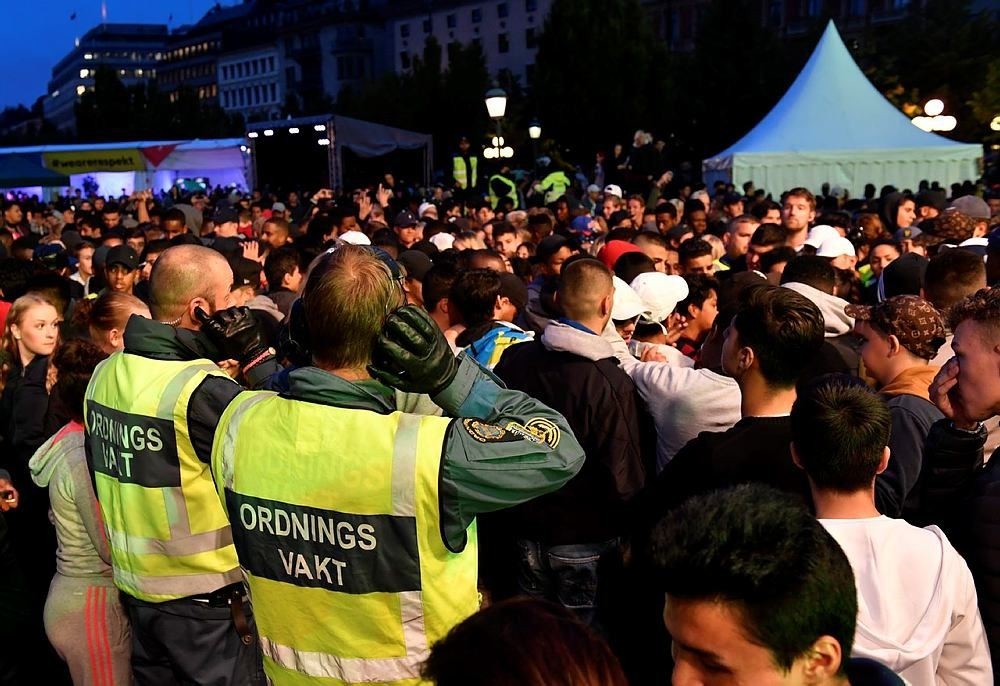 As the 2014 World Economic Forum's global gender gap index shows, Scandinavian countries are world leaders in gender equality, however even Sweden has been grappled -- recently more so -- by a major social evil: physical and sexual violence.

It is quite ironic and worrying that the number of sexual assaults in Sweden are higher than any other country in the EU, especially as the Nordic country is regarded as the epitome for gender equality in the world.

The country has seen unaccompanied refugee children being forced to sell sex (as claimed by Sweden's only Aftonbladet), a girls' football team being sent home after being sexually assaulted by the manager and even countless.

A school principal had said in the Aftonbladet report that male and female refugee students were taken from the school grounds in the evening and came back with valuables.

These exploitations were confirmed by Malmö county coordinator against human trafficking Lisa Green.

Even more so, Swedish police do not seem to be doing anything about it.

Green noted that they reported 40 incidents to police in 2014 alone, but the number of children exploited in this regard was much greater.

Police have also failed to publicize details about sexual assaults, the Swedish newspaper Dagens Nyhete has many times stated.

In fact many assaults have been covered up by the police and media. A group had molested concertgoers at the 'We Are Stockholm' festival in the summer of 2014, but was not made public by Swedish police.

Here are some of the incidents in Sweden that drew international criticism.

A total of 12 sexual assaults were reported at a music festival in Sweden over the weekend of July 23-24. The Trastock festival had also witnessed a case of sexual assault last year, Chinese news agency Xinhua had reported.

A man had stuck his hand down a complainant's skirt while another girl was groped from behind, Umea police had said.

A number of sexual assaults, including rape cases have also been reported at another popular festival in Sweden this year. The Bravalla festival in Norrköping was shadowed by five reports of rape and 12 reports of sexual molestation.

Bravalla had been boycotted by the British band Mumford and Sons in July after reports of 17 women being sexually assaulted at the event had surfaced.

The Putte i Parken festival in Karlstad also saw 32 incidents of groping, as reported by the New York Times on July 5. Furthermore, the incident was blamed on the migrants arriving in the country, with police falsely identifying and advertising them as refugees. However, police had to back down from their unsupported claim as it was found that only two of the suspects were asylum-seekers.

Sweden has the world's highest rape rate, which is almost three times the European average.

The Gatestone Institute, a non-profit think tank based in New York City had also called the country the "Rape Capital of the West" in February, 2015, providing statistical evidence of all the reported cases and the socio-cultural changes in the society in the last 20 odd years.