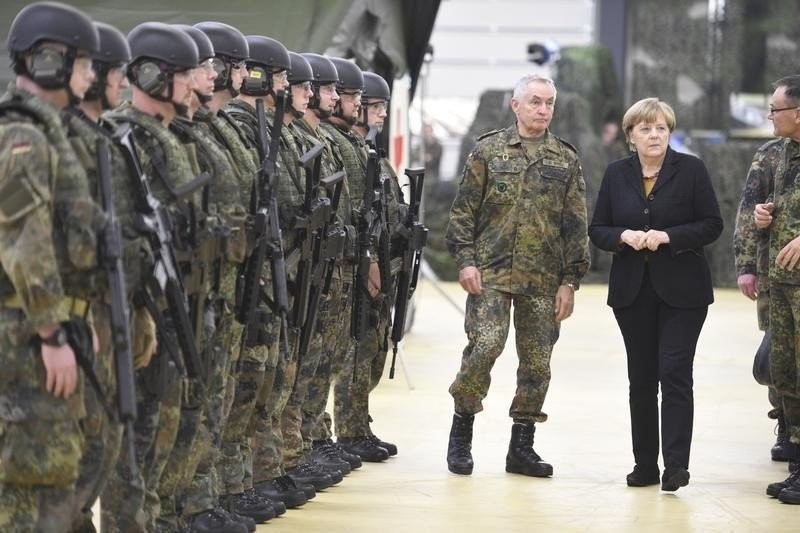 | Reuters Photo
by German Press Agency - DPA Aug 23, 2016 12:00 am
The German government is considering bringing back compulsory military service as it eyes possible security threats facing the country, according to a confidential document seen by DPA.

The proposal is part of an Interior Ministry strategy paper that focuses both on preparing the country for potential NATO deployments and beefing up the country's civil defences. It is due for cabinet review on Wednesday.

"An attack on German territory that would require conventional defence is unlikely," the document said. However, civil defence measures are necessary because a "major security threat in the future cannot be ruled out," it added.

Military conscription was phased out five years ago.

However, Germany is considering new security strategies after two terrorist attacks and a mass shooting last month, as well as tensions between the NATO military alliance and Russia about the 2014 annexation of Crimea and subsequent military involvement in eastern Ukraine.

Also part of the civil defence plan is a measure that would require citizens to stockpile food and water for use in emergency situations.

Citizens should be required to have "an individual stockpile of food that would last for a period of 10 days, in order to support state measures" to provide basic supplies in emergency situations, the document said.

Opposition parties have criticized the civil defence plan as fear mongering by the government.

Dietmar Bartsche - co-leader of the opposition Left Party - said Monday that discussing measures such as the stockpiling of food and water would "deeply unsettle" the public and even cause people to panic buy.

The German government abolished compulsory military service in 2011, arguing that there was no longer a geopolitical need for it. Even before then, many young men had avoided military service by opting to perform non-military service, such as working in care homes or in hospitals.