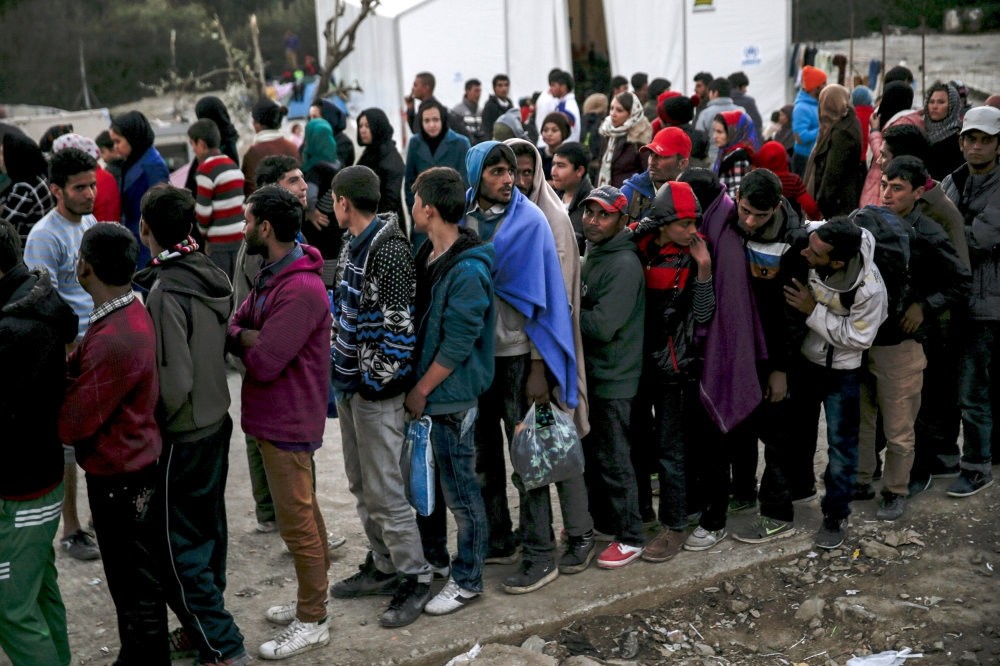 The U.N. has called on Europe to help Greece manage the migrant influx. Greece has been the main gateway for thousands of people trying to reach Western Europe and warned there may be more serious challenges as winter draws closer

Serious challenges lie ahead in dealing with Europe's migrant crisis, the United Nations' refugee chief said yesterday as he urged the European Union to help its frontline member-country Greece manage the flows of people.

Greece, struggling to emerge from a severe debt crisis, has been the main gateway to Europe for nearly a million refugees fleeing war and poverty in the Middle East.

"Challenges are very serious and we need to continue to address them together. Especially living conditions, security in refugee sites, overcrowding in the islands," said U.N. High Commissioner for Refugees Filippo Grandi. "Winter is coming, we need to organize," he said after meeting Prime Minister Alexis Tsipras.

Athens has asked the European Union to speed up the relocation of migrants and refugees to other member states.

It is also seeking new facilities to alleviate its overcrowded hotspot centers on five islands. Most of its camps have been criticized by humanitarian organizations as having poor, unsanitary and unsafe conditions. During his three-day visit to Athens, the second this year, Grandi said UNHCR would keep pushing the EU for more support. But he also underlined that efforts to end the conflict in Syria and other war-torn countries should be stepped-up. "Refugees are mostly the result of unresolved conflict and until and unless we solve those conflicts the risk of new influxes and new emergencies cannot be excluded," he said.

Meanwhile, the number of children crossing the Mediterranean Sea has risen by more than two-thirds compared to last year, Save the Children said yesterday as it announced the launch of its own search and rescue ship.

More than 3,160 people have drowned trying to cross the Mediterranean to Europe this year compared to 2,656 for the first eight months of 2015, according to the International Organization for Migration. Most have died on the route between North Africa and Italy.

Save the Children said its rescue service would begin in September and the ship would be able to accommodate about 300 people at a time. The charity will liaise with the Italian coast guard which coordinates search and rescue operations in the area.

"Children are children, first and foremost. Whatever they are fleeing from, they have the right to be safe," said Save the Children International CEO Helle Thorning-Schmidt. "...we must stop children drowning ... The Mediterranean Sea cannot continue to be a mass unmarked grave for children," she said in a statement.

Save the Children said 90 percent of children landing in Italy in 2016 did not have parents with them. It did not give any estimates for the number of children who have died in the Mediterranean. The ship, operating out of Catania, will be equipped with two inflatable rescue boats.

Specialists on board the main vessel will provide rescued migrants with food, water and medical help before taking them to Italy. Italy remains on the front line of a migrant crisis now in its third year, with more than 400,000 people arriving by boat since the beginning of 2014. The turmoil in the Middle East have led many people to flee the conflict in an attempt to seek security and shelter in a more prosperous and peaceful country. More than one million people fleeing war and poverty arrived in the EU last year, the vast majority asking for asylum in Germany. An EU deal with Turkey in March halted a huge migrant influx by sea from that country but an inward flow has continued by other means, mainly by sea into Italy from Libya.
RELATED TOPICS