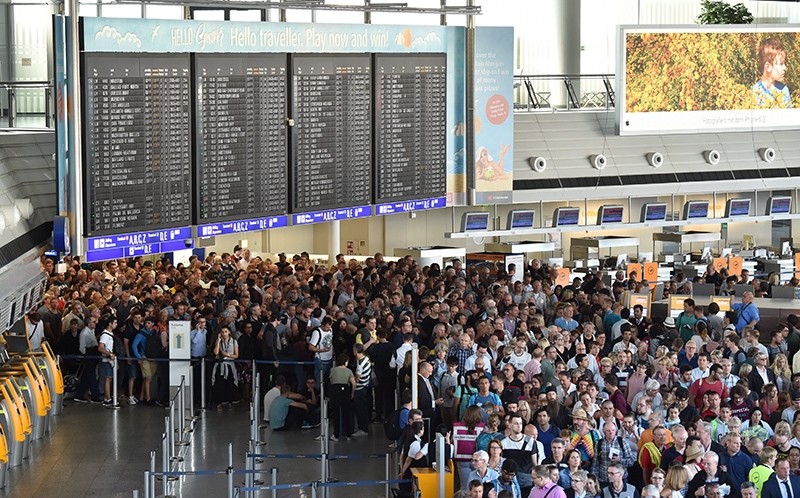 Frankfurt airport's Terminal 1 departure hall was evacuated on Wednesday after a passenger got into the departure gate area without completing the security check, possibly by mistake, the airport's operator and police said.

All passengers had been cleared from the departure hall and would have to go through security checks again, a spokeswoman for Fraport said.

"The main aim of the evacuation is to ensure that the terminal is secure," the spokesman said.

The Fraport spokeswoman said the breach at Europe's fourth largest airport would lead to flight delays at the hub, airline Lufthansa's main base.

In a similar incident, a Spanish man was arrested at Cologne-Bonn airport in May after breaching security, leading to flight delays.
Last Update: February 02, 2020 13:35