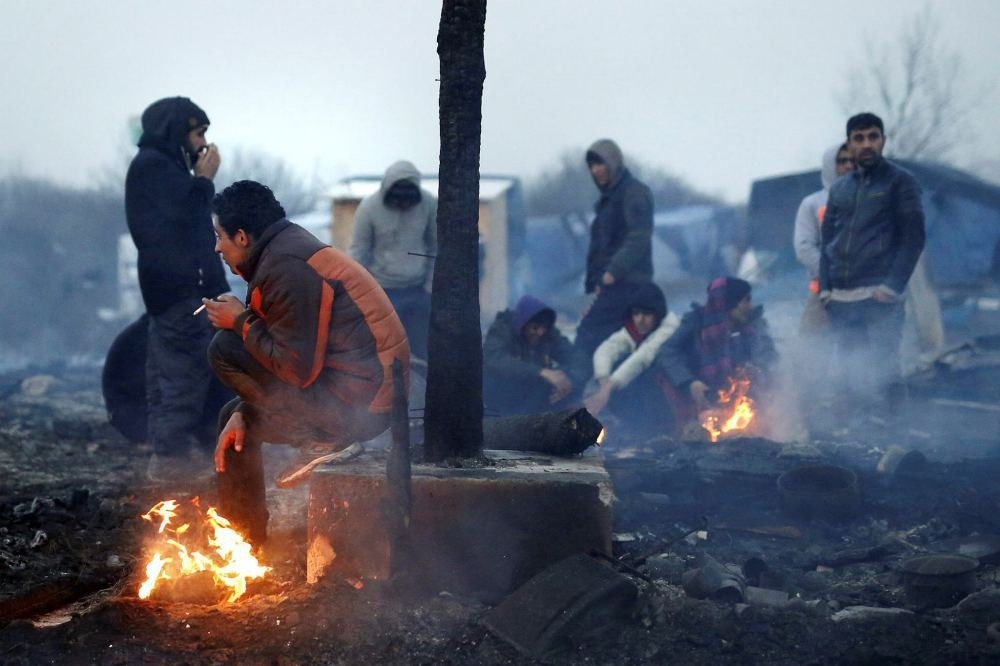 British Home Secretary Amber Rudd and her French counterpart Bernard Cazeneuve met for the first time in Paris on Tuesday to discuss the Calais border deal between the two countries. Britain is determined to carry out border controls in the northern French port city of Calais. However, there has been growing controversy in France as humanitarian conditions worsen in the "Jungle" migrant camp in Calais.

While Britain wants to retain the border deal, France wants border controls to take place in the U.K., instead of carrying out immigration checks in Calais. "This is a complete non-starter. The home secretary is crystal clear that people in need of protection should seek asylum in the first safe country they enter. That's the long-held norm, and we are going to stick to it," said a Home Office source, as reported by the British newspaper the Guardian.

According to the historic border agreement, dubbed Le Touquet Treaty signed in 2003, British security controls have been stationed at the French border and immigration checks are carried out in French ferry terminals in the northern French port city of Calais. The agreement also allows French border officials to check the documents of migrants in Dover, across the English Channel.

The leader of the French region that includes the Channel port of Calais said Monday he wants a new system for handling asylum-seekers trying to reach Britain from France. Xavier Bertrand told the BBC that people seeking asylum in the United Kingdom should do so at a "hotspot" in France, where unsuccessful applicants would be immediately deported to their country of origin. The former French President and presidential candidate Nicolas Sarkozy called for the migrant camp to be relocated to Britain.

Amid a row over the Calais border deal, the humanitarian situation has worsened in the Calais camps, dubbed the "Jungle," as French police estimate that the actual population "should reach 10,000 by the start of September," The French newspaper Le Figaro reported on Monday. Hundreds of migrants have been waiting in makeshift camps for their asylum application procedures to be completed. Others, who were granted asylum in France, are still sleeping outdoors in the camps while waiting for lodging.

An 18-hectare wasteland in the French port city was turned into a camp for as many as 2,500 asylum seekers in April 2015. Hundreds of migrants were relocated by French authorities where there is no access to basic services. Most migrants coming from the eastern African countries of Eritrea, Ethiopia and Sudan and war-torn Syria intend to cross the English Channel and seek asylum in the U.K. As only a small number of refugees are eligible to enter European countries, the ones that can find shelter suffer from worsening humanitarian conditions in refugee camps.
Last Update: February 02, 2020 13:32