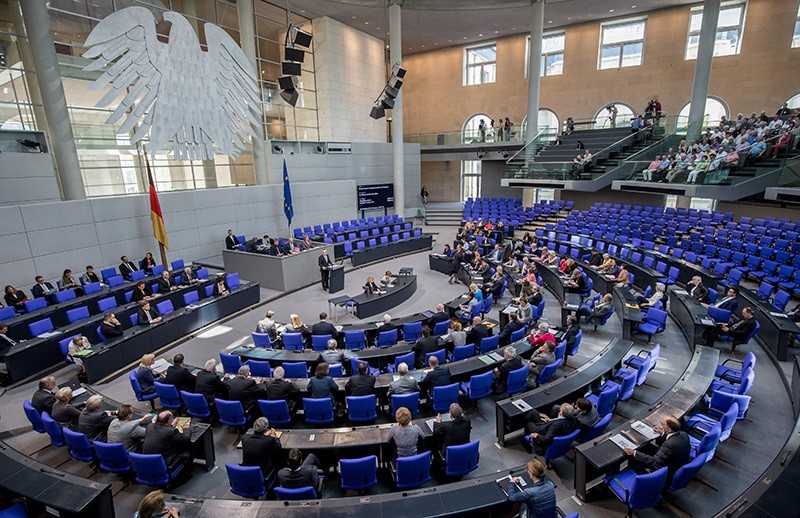 German Chancellor Angela Merkel's spokesperson Steffen Seibert said on Friday that the German government will not distance itself from a parliamentary resolution labeling the 1915 events as "genocide."

Seibert's comments came after weekly magazine Der Spiegel reported, without identifying sources, that he would distance himself from the June 2 vote in a gesture to end a diplomatic standoff over lawmakers' access to German military personnel at İncirlik Air Base in Adana, Turkey.

Ankara had said that the German parliamentarians were using the visit as a political tool and that they will need to be authorized by the Turkish authorities before the visit.

Seibert said there can be "no talk" of distancing the government from its decision. He said the government "supports and defends" parliament's right to express its opinion on any matter.

German magazine Der Spiegel had reported earlier on Friday that Seibert will announce new steps, including suggesting the German Federal Parliament (Bundestag) revisit its decision on the 1915 events. The decision by the government is reportedly taken as a"gesture" amid demands made by Turkey in exchange for allowing German parliamentarians to visit the İncirlik Air Base in Adana.

On Aug. 29, Foreign Minister Mevlüt Çavuşoğlu said that Turkey would authorize German parliamentarians to visit to the air base; however, Germany will need to take the necessary steps.

''We do not permit those who irresponsibly play around with our history to visit our exclusive zones,'' Çavuşoğlu had said, in reference to a recent motion passed by the German parliament on the 1915 events.

On June 2, the lower house of the German parliament approved a non-binding resolution recognizing Armenian claims of "genocide" during the 1915 events.

The resolution accused the Ottoman government of 1915 of allegedly carrying out "systematic genocide" against Armenians, as well as other Christian minorities. Turkey denies the alleged Armenian "genocide," but acknowledges that there were casualties on both sides during the events, which took place in World War I. According to Turkey's viewpoint, the deaths of Armenians in eastern Anatolia in 1915 occurred after some sided with invading Russians and revolted against Ottoman forces. A subsequent relocation of Armenians resulted in numerous casualties. Turkey describes the 1915 events as a tragedy for both sides.